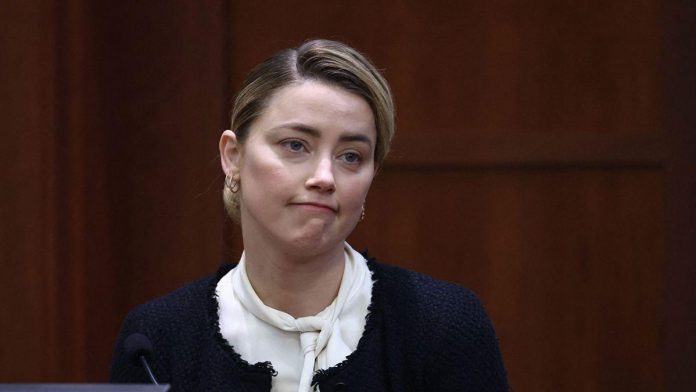 Although the libel trial between Johnny Depp and Amber Heard ended a few weeks ago, many seem to be still discussing the verdict. The jury found Heard guilty on three counts of defamation, and as a result, she is now obliged to pay her ex-husband a large sum of money. Perhaps some are still wondering what exactly influenced the jury’s decision. Well, one of the jurors spoke out, shared his thoughts about the reasoning of the group against the background of the controversial case. And the man could not restrain himself, even saying that the group did not believe the “crocodile tears” of the Aquaman star.

Those who watched the trial on television probably know that there were a lot of emotional moments in the courtroom. Amber Heard herself cried while giving evidence. However, according to one of the jurors, the actress’ nervous breakdowns did not bring her much favor from those who considered the case. An unnamed male juror, reportedly one of five men on the seven-person jury, suggested to Good Morning America that he and his colleagues question the actress’ actions. He even went so far as to say that they were “uncomfortable” with her inclinations:

Crying, her facial expressions, glances at the jury — it was very embarrassing for all of us… She answered one question and cried, and after two seconds she turned icy… Some of us used the expression ‘crocodile tears.’

However, the band’s thoughts on Johnny Depp were reportedly very different. Then the person said that the actor from “Pirates of the Caribbean” looked more believable. The fact that he kept his composure the whole time also seemed to help his cause.:

It seemed to many jurors that what he said at the end of the day was more plausible… He just seemed a little more real in terms of how he answered the questions. His emotional state was very stable throughout…

It is not the first time since the completion of the widely publicized trial that someone shares thoughts about why Amber Heard did not find a response from the jury, because Johnny Depp’s lawyers spoke on this topic recently. Attorney Ben Chu said that while his client “owned his problems,” Hurd may have been perceived as not taking “responsibility for anything.” But Heard’s lawyers argued that the “vitriol” on social media could distort the group’s opinion of the actress, and said that she was “demonized” on the Internet. An anonymous juror spoke about this during his GMA interview, saying that the jury was “following the evidence.” He also stated that he and another of his colleagues are not registered on social networks and that those who “set themselves a task” stay away from such materials.

Although he ruled in favor of the Oscar nominee, the jury does not seem to believe that the actor is absolutely infallible in this situation. Later in the interview, he shared his thoughts about what, in his opinion, happened between the former couple:

Ultimately, I think it’s true that they both insulted each other. I don’t think that makes any of them right or wrong. But to rise to the level of what she claimed, there was not enough or any evidence that would really confirm what she was saying.

Amber Heard released a statement shortly after the verdict, in which she expressed “disappointment” with the decision. Last week, she gave a sit-down interview in which she stated that the trial and the presentation of her media were not “fair.” She also claimed that her ex is favored because he is “a beloved character and people feel like they know him.” Johnny Depp, on the other hand, seemed pleased with how things turned out. In his own statement, he said he felt “calm” after the proceedings.

It is currently unclear whether Amber Heard will appeal. Meanwhile, Johnny Depp is preparing to return to court because of the situation related to the attack. Only time will tell how both situations will turn out for the stars.