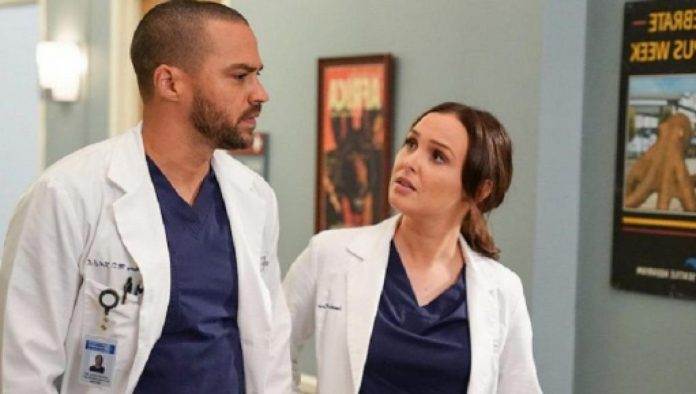 Grey’s Anatomy has been slowly showing a relationship that could grow between two of its characters, Jo Wilson (Camilla Luddington) and Jackson (Jesse Williams), so the kiss that they both gave will never be forgotten by viewers.

Let’s remember that things have not been going very well for Jo Wilson, since she was abandoned by her husband, Alex Karev (Justin Chambers), who ended up living with Izzie Stevens (Katherine Heigl)

So at the Grey’s Anatomy season 17 premiere, all fans of the show were amazed at what Jo tried to do with Dr. Jackson Avery.

In the scene that we will show you next, it will be recorded in everyone like, the uncomfortable kiss between Jo and Jackson Avery. Check out the video here.

As we talked to you in one of our previous notes about this very scene, the Grey’s Anatomy series, it could be suggesting a rapprochement between Jo Wilson and Jackson Avery.

So it would not be a surprise that in the next episodes of Grey’s Anatomy season 17, we see a more intimate approach between these two characters.

Rihanna really hit on by her model friend Cara Delevingne?

After the cancellation of the meeting: worry about Queen Silvia of...