Home World The Javelin, The Star Weapon Of The Ukrainian War And That They... 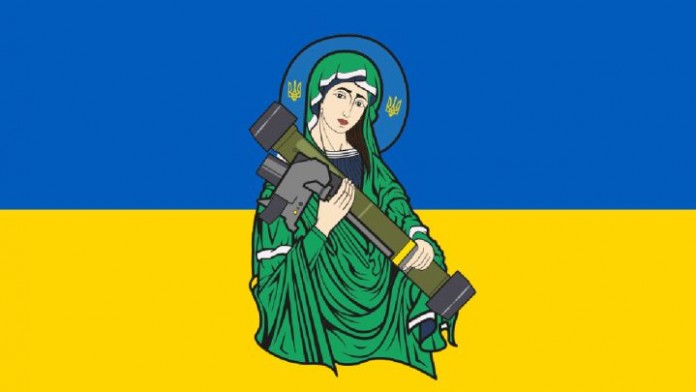 Ukraine: President Joe Biden announced an additional $800 million in military support for Ukraine on Wednesday last week, after his president Volodymyr Zelenskyy called on Congress to do more to help his country defend against Russia’s military attack. Addressing him at the White House, Biden said the new aid package would dramatically increase the amount of military support going to Ukraine to include:

According to the New York Times, in addition to sending its own team, the United States is helping to coordinate donations from European countries. Defense Secretary Lloyd J. Austin III is visiting Slovakia and Bulgaria this week, in part to help in that effort. Speaking to reporters on Wednesday, a senior defense official said the United States was focusing on getting supplies fast, and the Pentagon would think about how to replenish its stockpiles later.

According to the New York Times, in the month into the conflict, the United States and other NATO countries have shipped more than 17,000 anti-tank weapons, including Javelin missiles, to Ukraine overland via Poland and Romania in the span of less a week this month. And it is that the Javelin has acquired a symbolic value in online conversations in favor of Ukraine. Former reporter Christian Borys created an image of a saint clutching a Javelin and its launch unit that has become a merchandising piece of the conflict, appearing on stickers, T-shirts and raising more than a million dollars, Borys said on Twitter. , which will go to a Ukraine-focused humanitarian aid charity.

According to the Washington Post, weapons experts say the Javelin could prove especially effective against Russian tanks, though they warn the missile systems alone are unlikely to change the course of the war. It will not finish it, but it is certainly one of the elements that can tip the balance to one side or the other and accelerate the beginning of the end.