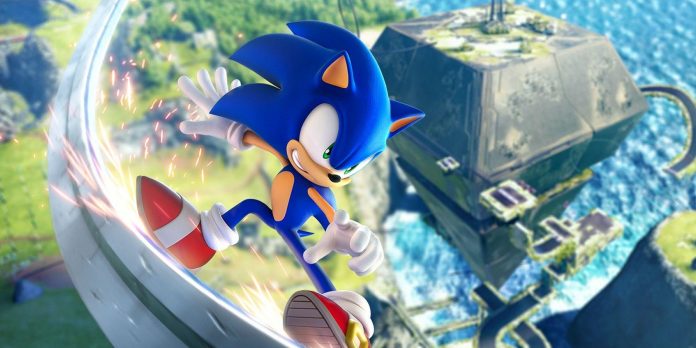 Sonic Frontiers has made a name for itself over the past few months. He intrigued fans by the fact that he plans to be the first blue hedgehog adventure in the open world, but also worried fans of the series with questionable gameplay. Although there has been a lot of news about the latest Sonic game in recent months, some parts of it still remain a surprise. Gamescom has confirmed that the title will be unveiled at Opening Night Live, and many fans are excited about it.

However, on the eve of the event, the Japanese trailer for Sonic Frontiers was accidentally published on the official Japanese channel Sonic the Hedgehog on YouTube, after which it quickly became private. Those who saw the short trailer while it was available were surprised to find the release date of the game at the end. The game is due to be released on November 8, 2022, and the Japanese text next to it is specifically advertised as a worldwide release.

The trailer that was published was the same one that was shown along with the theatrical release of Sonic the Hedgehog 2 in Japan, but the one that viewers saw had no release date. Judging by how quickly this edited version was deleted, it was most likely made for publication after the Gamescom trailer, which probably also has a date.

Fans should be familiar with the Frontiers release date, as Sega has a habit of releasing Sonic games in early November. However, more specifically, Sonic Forces was released worldwide on November 7, 2017, and then on November 9 in Japan. However, some fans are concerned that choosing November this year could hurt Sega as God of War, and the release of Pokemon Scarlet and Violet is relatively close to Frontiers when Sega publicly announced its internal sales goals.

Sega is most likely targeting this Sonic games release window due to the fact that Christmas is the perfect time for families to try to find games for their kids, Sonic’s core demographic. Sega can look forward to the holidays to possibly offset any sales they are underperforming their competitors ahead of time. Sales figures for both Sonic Frontiers and Sonic Origins can be important when it comes to testing a marketing plan to release 2D and 3D Sonic games within one year.

Despite the fact that Sega accidentally announced the release date, fans should definitely follow the news of Sonic Frontiers at Gamescom. Given how Sega has teased the look of the game so far, there’s a good chance there will be a longer trailer than the shorter Japanese one.

Sonic Frontiers is scheduled to be released on November 8, 2022 for PC, PS4, PS5, Switch, Xbox One and Xbox Series X/S.