Home Entertainment “The Island”: ASTRO’s Cha Eun-woo, Lee Da-hee and Other Stars in an... 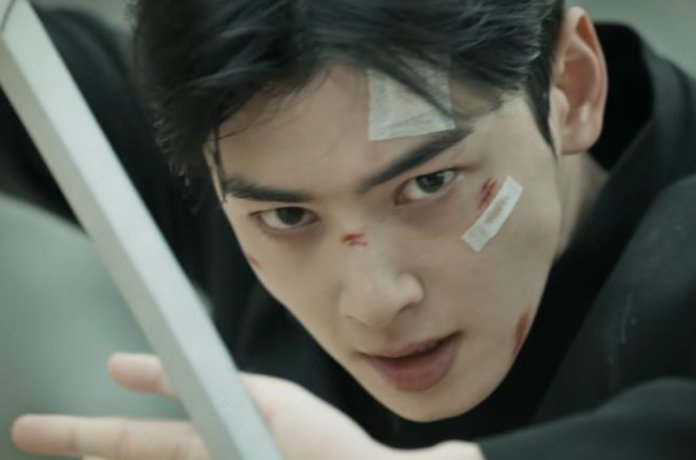 “The Island” is the title adaptation of a webcomic that tells about a group of people trying to fight off evil forces obsessed with global destruction, which takes place on Jeju Island. Pan (Kim Nam Gil from One The Woman) is an immortal monster hunter who has protected the world from evil demons for thousands of years, and Mi Ho (Search: Lee Da Hee from WWW) is the heiress of a conglomerate, unaware of the power she possesses. Together with both of them, a young exorcist priest named John, played by Cha Eun (A real beauty), unites.

A brand new 15-second teaser was released by the South Korean streaming platform TVING on November 8 and is a montage of high-octane combat scenes that can be expected from the upcoming series, featuring the characters of all three main actors.

The premiere of “The Island” is scheduled for December in Korea on TVINGAND worldwide on Amazon Prime Video, as previously announced. The exact release date and broadcast schedule will be announced later.

Hyde, Jekyll, Me actor Song Joon, who was not featured in the teaser, will also play Guntan. He, like Pan, is an immortal being tasked with protecting the world from demons, however, he later becomes an antagonist when he rebels against Pan.

Other supporting actors in the upcoming series include veteran actors Go Doo Shim, who recently starred in the Netflix series “Our Blues”, and Park Geun Hyun (“Undercover”, “Good Detective”). Oh Kwang Rok from A Model Family and Extracurricular will also play a major role in Island. The series was directed by director Pae Jung, previously responsible for “The Fabricated City” and “Welcome to Dongmakgol”, and the script was written by Oh Bo Hin.

How Master Sword manifests itself in every Legend of Zelda game