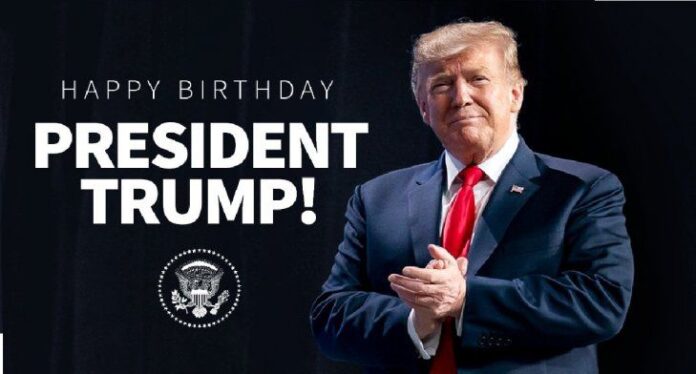 #AllBirthdaysMatter, The ironic response on Twitter to Donald Trump’s birthday. Users used the hashtag to counter greetings to the President of the United States, paraphrasing the motto All Lives Matter, used by the right against racism protests.

It is known that the followers of the President of the United States , Donald Trump , are very active on social networks, mainly on Twitter , and it was expected that this Sunday the greetings to the Republican for his birthday would be a trend.

Although they are, they were overshadowed by a campaign – which conservative sectors of the United States awarded to trolls – to ridicule the greetings to Trump and, in many cases, to recall the figure of Barack Obama as president of the country.

Under the hashtag #AllBirthdaysMatter , thousands of Twitter users took advantage of the occasion to mock Trump and the opposition movement against the anti-racist claim Black Lives Matter (which has gained prominence in recent weeks as a result of protests by the George Floyd crime and police repression.

The tweeting move paraphrases the motto All Lives Matter , used by right-wing groups in the United States to discredit the claims of black citizens.

On Trump’s 74th birthday, Twitter was filled with messages and greetings for Barack Obama, who turns age on August 4.

“Happy birthday Mr. President! I know 51 days to go, but I’m so excited!”, “Do you wish the President a happy birthday? Nah, all birthdays matter. Have an Obama”, and messages in that tone took over the net Social.

Wish the President a Happy Birthday?

Lady Gaga and Bradley Cooper Return To Work Together