Home Tech The iPhone SE Of 2022 Will Not Arrive Alone: Apple Will Present... 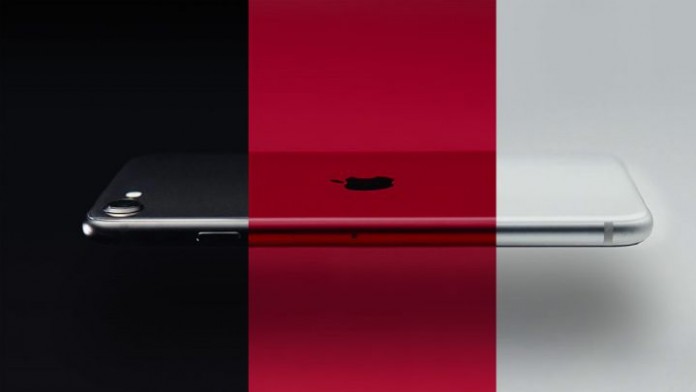 iPhone SE: We are in the middle of 2022, and like every year, we are waiting for Apple’s new iPhone SE. Of course, according to rumors, it seems that this new model of the company with the bitten apple would arrive with the same design as its 2020 version, instead of adopting a certain resemblance to the iPhone XS as expected from the beginning.

Despite this, the sales of this terminal were really good in its premiere year, so it is not a detail that occupies Apple lovers, as long as it remains the cheapest device.

What we know about the new iPhone SE and iPad Air

The arrival on the market of the iPhone SE 2022 could happen in the following months, possibly before the iPhone 14 series is launched on the market, which is scheduled for the month of September. In a new report, they claim that during the event, we would not only meet the new iPhone Se, but that Apple would also present a new iPhone Air.

The device for which there is still little information is the new iPad Air 2022. Among the data we know about the tablet is that as a brain it will have an Apple A15 Bionic chip, one of the most powerful processors for phones that the company has.

The tablet would have a configuration that could be between 4 GB and 6 GB of RAM, data that will not be revealed by Apple. Turning now to its cameras, it is expected to have a 12-megapixel wide angle and Center Stage support for the selfie lens. Although there is no data on the back, here it will have a Quad-LED True Tone flash. In addition, some of the iPad Air models will have 5G connectivity, while others will only come with WiFi.

As for the design of the iPad Air 2022, it seems that it will bear a great resemblance to the previous model. Therefore, it would arrive with a 10.9-inch screen diagonal made up of a Retina panel, a Touch ID button and minimalist bezels. In addition, it is possible that it has the same colors as the previous models, rose gold, sky blue, space gray and silver green.

To date, these are all the data that have come to light about the new iPad Air 2022, but new leaks will continue to appear over the coming weeks.

Very little is missing for the renewal of Apple’s iPad line, among which we will see a new iPad Pro. In addition, rumors affirm that these devices would arrive with a notch design, as is the case with the new MacBook line, camera modules similar to those of the iPhone 13 and much more.

The last thing to mention is that it could have an Apple Glass logo with support for MagSafe wireless charging and a larger battery. Its release date? A mystery, but March could be the most likely month…

Here is Apple’s last move against the Corona virus!