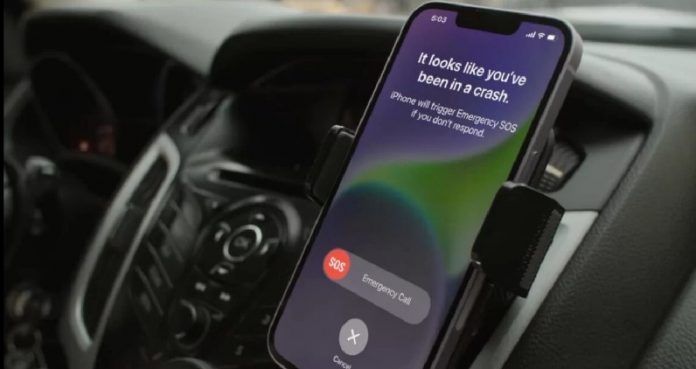 With the iPhone 14 series unveiled at the Far Out event on September 7, Apple has taken the agenda in the smartphone world. The company has introduced many new features in its models. One of the important innovations introduced in the series was the accident detection function.

iPhone 14 traffic Accident detection does not work in all situations

The iPhone 14 detects whether the user has been in a traffic accident and makes an emergency call if there is no response within 20 seconds. So much so that this feature shown in the series has been tested by many users in recent days.

iPhone, which discovered that an accident had occurred a few seconds after the collision in a video posted in recent days, waited for a few seconds for a response from the user whether he needed emergency help or not. The device, which did not receive a response, started a 10-second timer, and after the time expired, the emergency call function was activated.

However, in all these tests, the iPhone 14 was inside a vehicle that had started moving. A Michigan-based YouTuber who conducted the test placed an iPhone 14, Google Pixel and Apple Watch Ultra strapped to the driver’s wrist in a moving car. He put the iPhone 14 Pro Max and Google Pixel 6 in the garbage truck he was going to run into.

The situation that arose after the collision raised doubts about the iPhone 14’s accident detection function. The devices in the quickly crashed car were able to detect the accident. However, the iPhone 14 Pro Max and Google Pixel 6 devices in the garbage truck could not detect a strong collision. This has raised questions that this feature is not working well enough.

Galaxy Unpacked 2021: What products are we waiting for?