Home Tech The iPhone 14 With eSIM Could Be A Variant 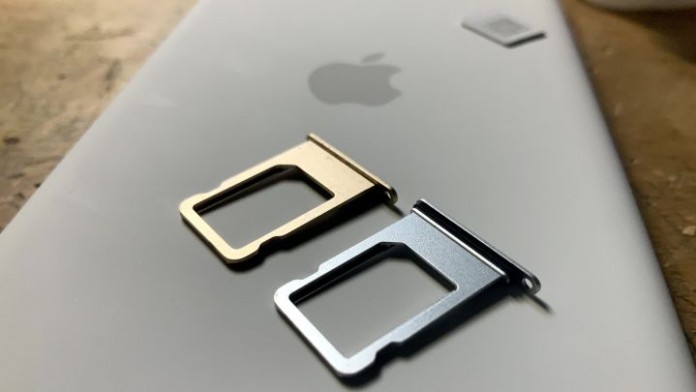 iPhone 14: We are at the beginning of the year, a time when the Cupertino company is in a phase of development and manufacturing of the next devices. They are one of the most anticipated brands year after year and in 2022 it was not going to be less. It is possible that in the next version we will see a great novelty at the structural and functional level of your phone, or at least there is talk that the iPhone 14 with eSIM will be a variant.

An iPhone 14 with eSIM

It is known to all that Apple is always looking for a way to remove anything that may be ‘left over’ from its terminals. It does not matter whether they are computers or mobile phones, what the company wants is to modernize its devices in order to add improvements that allow them to use their devices more comfortably. He has already removed the buttons on the front, the minijack and may soon remove the SIM tray.

Yes, and it is being said that the iPhone 14 will have an eSIM variant in the future. This means that as standard it would come with the typical tray to put the card that gives you access to the Internet, but that it will give users the option of buying a terminal with an electronic SIM whenever it is available.

At least this is what they say in MacRumors, where they collect the belief of the GlobalData analyst, Emma Mohr-McClune, who assumes the plans of the bitten apple for the future. The mere fact that it is a variant makes a lot of sense for the progression of the company. In fact, there are still few users today who have a SIM card in the cloud connected to their phone.

A technology used by the firm

That Apple thinks of an iPhone 14 with eSIM is something that only anticipates the future. It is true that support for this technology is already available from the iPhone X and the most recent versions of the Apple Watch. However, the previous point must be taken into account, and today the fact of having an electronic SIM is still something that operators have to offer their users.

There is still a long way to go until September, when we will know for sure the plans of the bitten apple.

Shazam gets widget support for iOS 14

The features of the flagship iQOO Z5 are starting to become...