Home Tech The iPhone 13 has just been introduced, but the predictions about the... 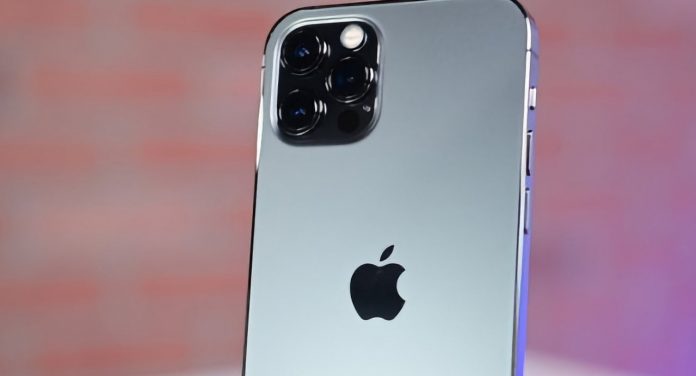 Apple has different plans for the upcoming iPhone series. Receiving many positive/negative criticisms with the newly introduced iPhone 13 series, Apple also drew attention to the fact that it determined the prices of the iPhone 13s without keeping them ‘too higher than the previous series’. On the other hand, while the fire of the iPhone 13 was not extinguished, analysts began to offer predictions and ideas about how the iPhone 14 will be.

There were some predictions for the iPhone 14 before the iPhone 13 was introduced. Although the iPhone is expected to get rid of the notched design, it is not possible to say that this situation is certain at the moment. However, it is possible to say that the expectations are mostly that the notch will either go away completely or get very small.
The comment of Mark Gurman from Bloomberg is that the innovations that Apple will make on the screen side for the iPhone 14 will now approach today’s display standards.

UNDER SCREEN CAMERA TECHNOLOGY CAN BE ADDED

On the other hand, Jon Prosser predicts that an under-screen camera can be added to the iPhone 14 Pro Max model. Big changes are expected in the next iPhone, especially in terms of design.
In addition to the notchless design, it is stated that Apple, which is expected to give up the protruding design on the camera side, will thus prevent the camera lenses from being scratched.

It is stated that the new iPhone 14, which is expected to meet the users with the screen hole, will give what has been desired for years in 2022. There will also be a significant increase in screen sizes. The phones are talking 6.08-inch and 6.66-inch screens.

Apple, which organizes an event in the second week of September every year and introduces new iPhone models at this event, made a remarkable move in this event. In this context, unlike the iPhone 12, which was introduced with a delay last year, the iPhone 13 family appears just in time.

Apple events, known for their remarkable opening speeches, emphasize the different features of the devices every year. The event started with a direct opening. Explaining how Apple distinguishes the iPad from other devices, Cook states that a brand new iPad experience is offered with its accessories. Offering a much more stable use with iPadOS, Apple puts the design power under the complete control of users with 1 million applications.

Introducing the new version of the iPad as part of the event, Apple aims to offer a brand new experience at this point. Thanks to the A13 Bioinc processor, the iPad is 20 percent faster, and 3 times faster than Chromebooks. This gives a much better performance. Providing direct compatibility with different design applications, iPad learns ‘better and faster’ compared to previous machine learning.