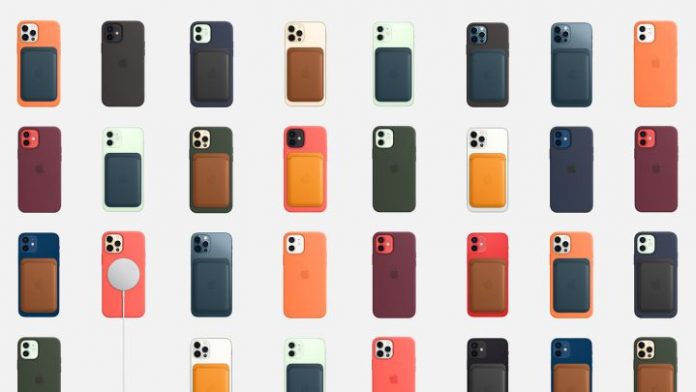 The iPhone 12 has brought great features to the world of the bitten apple. One of them, which was repeated ad nauseam at the presentation event, was the introduction of 5G in terminal connectivity. The other part that attracted attention was the introduction of the MagSafe, a system of magnetic accessories that adhere to the back of the mobile. And this is where the Cupertino want to improve their offer with a MagSafe with external battery included.

A MagSafe to increase the autonomy of the iPhone 12

One of the products that is never missing in the basket of those who buy a new mobile is the cover. You need it yes or yes to protect the device from any blow or friction it receives on the back, although there are some who just want one more element of personalization on a physical level. But Apple wants to give it a touch of utility thanks to the newly released MagSafe function. This is activated passively thanks to the magnet incorporated in the back of the terminal that manages to attach gadgets such as the induction charger or other accessories that are also compatible with the new cases such as a card holder.

This is all very well, but users miss something that Apple has made available to them for a long time: a case with an extra battery. It seems that the moment has come according to what Bloomberg tells when stating the arrival of the MagSafe with battery would be on the way.

The curious thing about this matter is that the media points out that the MagSafe battery for iPhone should already be on the market. It turns out that the Californian firm was behind this project during the manufacture of its current avant-garde mobile, but certain problems arose when using it

See Also
Disappointing Progress Related to the iPhone 12 Series: It Will Be the Same as the iPhone 11

. It seems that there were two types of problems: the first one related to the recognition of the accessory, which is a software problem. The other case has to do with the accessory overheating, something that could be worrying for many users.

We will have to wait to learn about Apple’s progress in this regard and pray that throughout this year it makes some movement in this regard. It may be that at the next WWDC we will see something new for the iPhone 12 in this regard, in addition to the long-awaited renewal of some of its products.

Huawei will detect Uyghurs walking on the street