Home Entertainment The iPad 10 is expected to arrive with some much-needed updates. 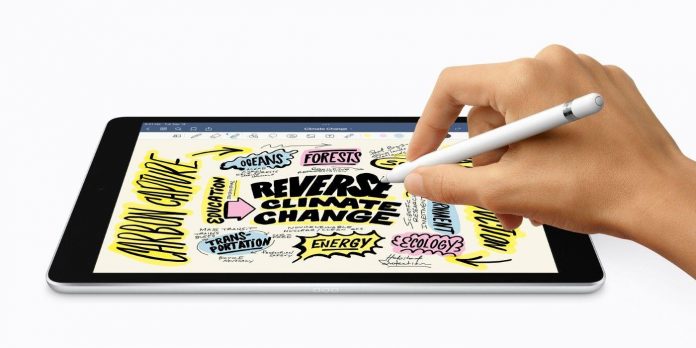 Apple will be releasing a new iPad that will replace the 9th generation iPad (iPad 9), and according to a new report, it will bring some overdue updates. Apple’s iPad line includes iPad, iPad Mini, iPad Air and iPad Pro. At the moment, all current models of the iPad line, with the exception of the standard iPad, are equipped with an Apple M1 chip and have additional 5G support.

The standard iPad is the cheapest in the iPad series, the current model costs from $ 329. Its design still resembles an old iPad with thick frames around the display and a Home button with Touch ID on the chin. Apple updates the iPad every year, so the 10/10 generation iPad is expected to be released in the second half of 2022.

RELATED: The 14.1-inch iPad Pro Could Be a Real Laptop Replacement

It is expected that when the new iPad comes out, it will contain several much-needed updates. According to 9to5mac, the main of the new additions that will appear in the iPad 10 is the USB-C connector, which will replace the Lightning port. Other iPad models have switched to USB-C, but the iPad 9 was released in 2021 with Apple’s proprietary Lightning connector. Switching to USB-C should make it easier for owners to charge the iPad 10, given that the Type-C connector is currently the main one. In addition, the updated port should provide higher transfer speeds and compatibility with a large number of peripheral devices, such as USB-C docking stations. It should also have DisplayPort support so that it can be easily connected to an external display.

As expected, the new iPad should have a new and more powerful chipset, and, according to the source, the new processor for the iPad 10 will be Apple A14 Bionic. This is the same chipset used in the iPhone 12 series, and just as it provides 5G connectivity to the iPhone, it is expected to do the same for the new iPad. Of course, there will still be a Wi-Fi-only version of the tablet, but those who need a cellular model will now be able to connect to faster 5G networks instead of LTE. The new chip will also provide a performance boost, but it remains to be seen if it will get an increase in RAM. For comparison, the iPad 9 has 3 GB of RAM.

Another important update is the enlarged and improved display. Display expert Ross Young (@DSCCross) tweeted that the iPad 10 will have a larger 10.5-inch screen, which will replace the 10.2-inch panel of the 2021 model. It is also reported that the screen has a higher resolution, but it will not be as bright as the iPad Pro display. There is also unlikely to be a high refresh rate. Although it has not been confirmed, the iPad 10 with a larger display may get a new design with thin frames. Thus, the overall size of the device may be the same or even smaller than that of the iPad 9. In the updated design, the Touch ID button can also move to the power button at the top, as is available on the iPad Air.

No details about the camera were provided, but the front camera should have Center Stage support, just like the current model. In addition, as in previous versions, it must support Apple Pencil, and also have an additional cover-a book with a keyboard. As exciting as all these updates may sound, it remains to be seen if the iPad will get a price increase when it comes out later this year, possibly along with the new iPhones.

The new Netflix series that is dethroning Lucifer as the most...

Open-world role-playing games that can be played after defeating the Golden...