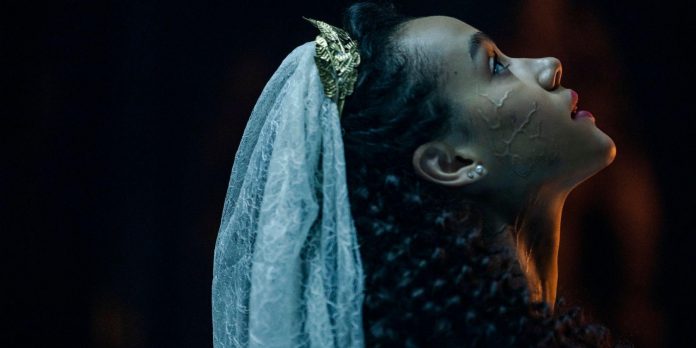 Sony’s brand-new horror film “The Invitation” ended the last theatrical weekend of August atop the domestic box office with a less-than-impressive $7 million performance, wrapping up its three-day opening. The weekend was undoubtedly one of the worst for the summer of this year: all the games shown together brought a dismal sum of $ 54 million.

According to the deadline, “Invitation” premiered last Friday and earned a disappointing $2.6 million, completing its long-awaited premiere. The film’s performance did not improve on Saturday and Sunday, when the new film grossed $4.35 million in both days. As already mentioned, Sony’s film earned a total of $7 million at the end of the weekend, which would hardly be enough to enter the top ten in a modest theatrical weekend.

The invitation centers around Natalie Emmanuel, who travels to the English countryside after the unexpected death of her mother in search of other possible relatives. While in the countryside, the star of the Fast and Furious franchise is invited to an incredibly lavish wedding to meet the newly found members of her mysterious family, but quickly discovers that she has been involved in a villainous plot in which she may not survive. Alongside Emmanuel, the new Sony horror film stars Thomas Doherty, Stephanie Corneliussen, Alana Boden and Sean Pertwee.

“Invitation” was one of three new releases that premiered this weekend, but its appeal to the public was not enough to fill the empty spaces. George Miller’s new film “Three Thousand Years of Longing” starring Idris Elba and Tilda Swinton took seventh place at the box office, earning a disappointing $2.876 million. The brand new film “The Gap” directed by John Boyega ultimately failed to make the top ten and ended the weekend in thirteenth place, earning $1.022 million.

Box office receipts will still be relatively low this weekend, but the re-release of “Spider-Man: No Home” from Marvel Studios may cause excitement among a rather lifeless assortment of new games. In the coming weeks, viewers will be able to enjoy some intriguing titles such as “The Barbarian,” “The Female King,” “Don’t Worry, Darling” by Olivia Wilde and “Pearl,” but it’s unclear if the appeal will be enough to fill movie theater seats. Only time will tell how viewers will react to the appearance of each project, while many are patiently waiting for the appearance of “Black Adam” and “Black Panther: Wakanda Forever” at the end of this year.

“The Invitation” is now in theaters.