Home Entertainment The investigation into the incident with the viral dog Amber Heard resumed... 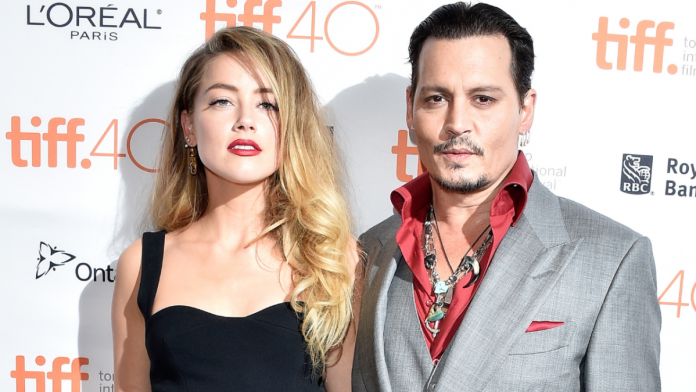 By now, you probably know that Johnny Depp and Amber Heard have been involved in two lawsuits over the past couple of years initiated by the Pirates of the Caribbean actor and his legal team. Amber Heard actually testified in both cases when a variety of topics arose. In fact, during the libel trial against her ex in the UK, a criminal case arose, which they faced in 2015, when she illegally imported her puppies Pistol and Boo to Australia. It is reported that this led to another investigation, and now a former member of the country’s parliament has explained why the case was really “serious”, despite the fact that some people did not perceive it that way.

When the “Aquaman 2” actress and “Edward Scissorhands” star first faced criminal prosecution in Australia after Heard brought dogs with her then-husband to the country when he was filming the infamous “Pirates of the Caribbean: Dead Men Tell No Tales,” it was all treated as silly news in the newspapers – until Australia threatened to execute Depp’s dogs. As a result, the two paid substantial fines, but the dogs were returned to them, Johnny Depp joked about the incident, and the case seemed to be closed.

Then, a few weeks ago, news broke that Amber Heard was allegedly under investigation for the second time in connection with the incident with the application for the extradition of dogs in Australia. In this case, this is due to the fact that the information that appeared during the trial of Johnny Depp in the libel case against the parent company of The Sun, reportedly contradicted the information that Heard provided to the Australian authorities about the case.

Why is Amber Heard taking two dogs to Australia so seriously

It so happened that Barnaby Joyce was Minister of Agriculture at the time of the Amber Heard dog incident in 2015. In a recent Law & Crime interview, the interviewer mentioned how different parts of the world apparently saw the “dog incident” compared to how Australia saw it, with some thinking it was “very serious” and others taking it more as a joke. Joyce told reporter Angenette Levy why this is so serious, noting two reasons:

Joyce went on to explain that the second reason is because Australia keeps its borders closed to avoid things like rabies and to avoid certain problems that other countries have faced. He says that the country, as an island state, has real, but different problems than many other countries.

You have a whole range of things — rabies, we don’t have rabies in Australia. Many people go for a walk in the woods. I have wild dogs here… I’m a farmer. And you know that it would change the whole nature of how our nation will work. We are well aware of what will happen if there is an invasion of rabies or a screw fly, or if we observe a large foot-and-mouth disease. And that’s why we are falling like a ton of bricks on people who want to destroy our regional economy, change our standard, our way of life in our country and increase the cost of living!

So, when Amber Heard failed to submit the necessary documents, reportedly falsified the documents and brought the dogs, she violated the rules, which Australia clearly takes very seriously. At that time, Barnaby Joyce even spoke out loudly about the incident, saying that they could compromise even with a celebrity who was “the sexiest man in the world” (aka Depp).

But if we allow movie stars — despite being the sexiest man alive twice — to come to our country [and break the laws], then why don’t we just break the laws for everyone? It’s time for Pistol and Boo to sneak back to the United States.

It’s unclear if the Gun and Bu incident (which is unrelated to the poo in bed incident) will lead to new legal problems for Amber Heard, but the Australian Department of Agriculture did say in June that the case was “ongoing,” confirming The Daily Daily. The post “Ms. Hurd’s allegations of perjury” are being investigated. Joyce also reiterated in a recent interview that it should be expected that celebrities should not be subjected to special treatment when it comes to matters of law, but that he would ultimately not “draw conclusions” about where this investigation might be directed. We will keep you informed in any case.

What Ethan Plath posted on Instagram ahead of Season 4