Home Crypto The inventor of TRON announces: I bought this altcoin! 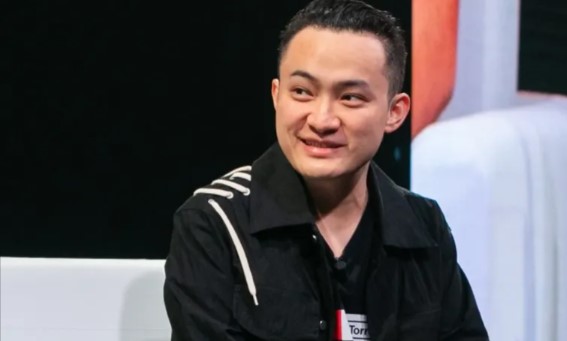 On May 5, two days after the release of the algorithmic stable coin Tron USDD, Tron DAO Reserve announced that it had acquired 504.6 million TRON (TRX) to support USDD. In his Twitter posts throughout the day, Justin Sun explains that he is investing in an altcoin project independent of Tron Reserve.

On May 8, Justin Sun announced on Twitter that he had bought UST, replying to Terra founder Do Kwon: “There may be a secret plan.” Etherscan data shows that Justin Sun purchased more than 1 million UST on the Curve platform at 15:10 into a wallet named “0x3ddfa8ec3052539b6c9549f12cea2c295cff5296”.

This news came after Tron bought TRX for $38 million.

Terra’s UST backup system is becoming a popular scheme, and Tron’s USDD stable coin project follows this model. As I wrote in the Somanews news, on April 21, the Tron algorithmic stable coin project was announced, and since then the fiat-linked cryptocurrency has been officially launched. Currently, the project has several partners, and it is registered on USDD, Pancakeswap, Kyberswap, Sunswap, Sun.io , Curve Finance, Uniswap and Ellipsis.

According to the data received tronscan.org , at the time of writing, this is approximately $211,245,005.49. Statistics show that as of Saturday, May 7, 2022, the third version of Uniswap (v3) was the most active exchange for buying and selling USDD. Terrausd (UST) earned $990.3 million in 24-hour transactions, while USDD recently earned $2.31 million. The market capitalization of USDD exceeds the market capitalization of 199.5 million GUSD.

TRON CEO May Have Secret Plans

It is not yet clear why Justin Sun bought UST. Do Kwon, the founder of Terra, said, “What are you doing?” under a tweet in which Justin Sun announced that he had bought UST. Compose. Sun responded to Kwon’s tweet, “I may have a secret plan.”

Some users have stated that UST, which Justin Sun bought from Anchor, will make a deposit with a yield of 18% and must pay its customers an additional income of 12% in US dollars. After the announcement of the new stable coin, the price of TRX dropped a lot, and the platform’s DAO announced that TRX received $39 million.