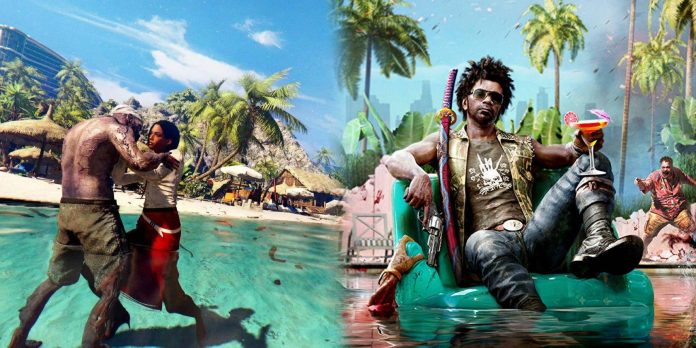 Video game development can be anything but simple. For every game that completes in time for its release, there is another that faces delay after delay, internal issues, or other difficulties that mean it can be canceled before it even has a chance to launch. Some series were less lucky than others, judging by the Dead Island franchise from Deep Silver. First released in 2011, the original Dead Island suffered delays, which meant that five years passed from its announcement to its release, and subsequent games were canceled or faced similar problems.

However, this is nothing compared to the newest entry in the series. It was originally planned to be released in 2015, but only now the players have been given the official release date of Dead Island 2, the sequel to Dead Island and its separate sequel DLC. For many years, fans feared that Dead Island 2 would never be released due to a complete lack of updates. Now that it’s confirmed that Dead Island 2 will be launched early next year, it’s interesting to see parallels in its problematic development and the original Dead Island, which may make fans a little nervous.

Rising from the Dead

Interest in the long-awaited Dead Island 2 has recently flared up thanks to the Goat Simulator 3 trailer, which parodied an early trailer for the game, and the patience of players was finally rewarded during Gamescom with a brand new trailer and launch date. Gamescom has been the source of several unexpected announcements and exciting discoveries this year, and any gamers worried about getting news in the absence of major shows like E3 didn’t have to worry. Although there have been rumors around Dead Island 2 lately, especially after Goat Simulator 3’s unmistakable nod towards the zombie name, confirmation that the game is on its way has become an unexpected bonus for many fans.

Even though players should expect Dead Island 2 to get their hands on next February, there are still some concerns about how things will turn out. Excessively long development cycles are never particularly good, especially when a game has changed hands several times and experienced a number of delays. After the big announcement of Dead Island 2 at E3 2014, fans immediately became eager to continue the fun by killing zombies in the new California setting, but the development of the game quickly went downhill. It seems that Jaeger’s ideas for Dead Island 2 did not coincide with the ideas of Deep Silver, and the companies parted ways.

This can be interpreted in different ways, and it doesn’t necessarily mean that Dead Island 2 in Jager’s hands was a bad game anyway, but when the names change developers several times, the vision can get a little confusing, and the focus of the games can get confusing. By the time Dead Island 2 finally comes out, it will have been almost a decade since its original planned release, and a lot has happened in that time. Fans will hope that the roller coaster ride that the game has already gone through will not negatively affect it, but it remains to be seen how well it has survived the development phase.

Parallels with the development of Dead Island

Dead Island had its problems before launching in 2011, and although it received mixed reviews from critics, it found its fans among survival horror enthusiasts. His mix of an idyllic resort on the fictional island of Banoy and the brutality and blood of a typical zombie-infested role-playing game proved to be a creative combination, but the game was still littered with bugs and technical problems. It seemed that Dead Island could not fully satisfy the hype caused by the cinematic and incredibly emotional trailer released in 2006, and as a result, the game suffered.

The trailer caused controversy due to the image of a dead child, but many felt that it was an impressive demonstration of what they hoped the game could achieve. However, Dead Island focused more on the various ways of forcibly destroying the undead, rather than presenting an emotionally resonant story, and some found the announcement trailer misleading. This was only the first of Dead Island’s problems, as delay after delay pushed the original release date in 2008 back several years, just like Dead Island 2. Both Dead Island and the upcoming Dead Island 2 have been stuck in development hell for a long time, and although the first game came out a little worn out as a result, fans still have high hopes for the newest part.

Superman’s Initial abilities reveal the true meaning of his Name