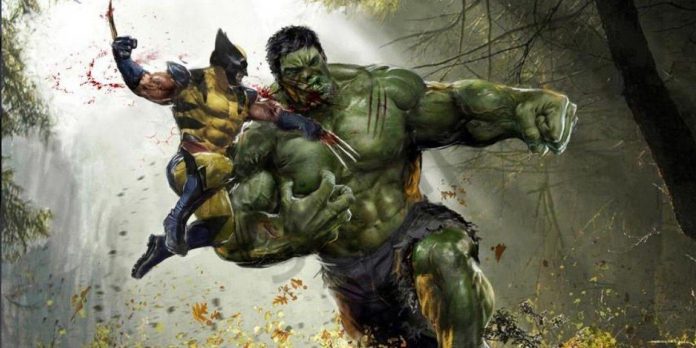 Marvel is making a bold new update to the ongoing rivalry between the Hulk and Wolverine, as a new comic book series will showcase their never-before-seen second encounter where the pair of heroes will fight. In the newest preview for X-Men: Legends #1 from Marvel Comics, the continuous story shows the revenge of Wolverine and the Hulk, updating Logan’s origin with a brand new battle between powerful Marvel characters.

Wolverine and the Hulk will forever remain heroes, as the former debuted in “The Incredible Hulk #181” by Roy Thomas, Len Vane and John Romita Sr. Wolverine quickly turned into a fan-favorite Marvel comics hero. immediately joined the X-Men in their Giant-sized relaunch in 1975. However, the new X-Men: Legends comic book series reveals that Wolverine actually fought the Hulk once more before joining his fellow mutants as the pair tried to kill each other with their respective powers.

A brand new preview of X-Men: Legends #1 by Roy Thomas, Dave Watcher, Edgar Delgado and Joe Caramagna from Marvel Comics’ VC (H/T ComicWatch) shows the events between Wolverine’s debut and joining the X-Men. . Wolverine returns to the forest in search of the Hulk, and when he meets “that walking greenhouse” who is stunned to see him back in action after their last battle, Logan lunges at the Jade Giant with his claws bared.

Wolverine gets even angrier when Hulk calls him “little man”, as he tells him that he is already tired of this nickname. He reveals himself as Wolverine and tells the Hulk that if he’s lucky, maybe he’ll live long enough to remember it. Wolverine rushes at the Hulk while the pair engages in a never-before-seen second battle. Given the fireworks of their first battle and the fact that the heroes know more about their respective fighting styles, the clash may end up having more fireworks than their initial entry.

Check out the official synopsis of the release, which tells about completely new continuous moments in the legendary history of the X-Men with Marvel Comics.

A BRAND NEW STORY, ACTING UP TO THE HUGE X-MEN #1! Before the GIANT X-MEN brought STORM, WOLVERINE, COLOSSUS, NIGHT SERPENT and THUNDERBIRD to the team, Roy Thomas reinterpreted the fun mutants in two seminal runs of the book. Now Roy finally returns to the X-MEN saga to guide us through the period between his escape and GSX, detailing Wolverine’s government missions for the first time before his recruitment by PROFESSOR X (including the undisclosed details of his battle with the Green Goliath in HULK #181/182), an untold episode involving the BEAST and a host of missing mutants, as well as the secret of the Wolverine costume! Starting a brand new volume of X-MEN LEGENDS written by many legendary creators, this is just the first story in a series of new, continuous stories covering the entire length and breadth of X-Men stories from the early eras to the fan-favorite sagas of the last days! Face to face, true believers! These are the missing links you were looking for!

The X—Men: Legends #1 preview is an exciting tease of what readers can expect from the comic. The fact that Roy Thomas is returning to write a new continuous story featuring the Hulk and Wolverine should turn into an exciting story showing what happened when two powerful heroes fought in an epic rematch. Will Marvel Comics name the final winner in the second battle of Wolverine and the Hulk and will they change Logan’s origin forever? Or will the heroes come to understand that both are necessary to fight evil? X-Men: Legends #1 from Marvel Comics will go on sale on August 10, 2022.

The new Netflix series that is dethroning Lucifer as the most...

This Is Tom Clancy’s XDefiant, A New Multiplayer Shooter