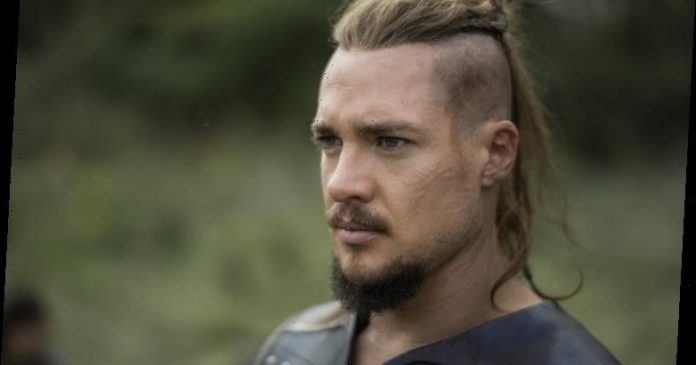 The fifth season of The Last Kingdom has received the green light for Netflix and the series stars Alexander Dreymon as Uhtred of Bebbanburg. The show is based on Bernard Cornwell’s The Saxon Stories and follows the unification of all the kingdoms of England plus fans have been discussing where Uhtred will have ended up in season 5.

Let’s remember that The Last Kingdom is in its fourth season and fans have just seen Uhtred leave Winchester after the great siege. He had helped King Edward (Timothy Innes) regain the kingdom from the Viking Sigtryggr (Eysteinn Sigurðarson).

Probably the fifth season of The Last Kingdom sees Uhtred (Alexander Dreymon) training Aethelstan as a strong leader and intrepid fighter. Nonetheless, Uhtred attempted to regain his homeland of Bebbanburg at the beginning of season four, but it ended in disaster.

He and his men ended up losing Father Beocca (Ian Hart), who sacrificed himself to save Uhtred’s son. Fans of The Last Kingdom believe that Uhtred will return to Bebbanburg in a final attempt to regain his birthright in season five.

For that reason, fans have come to Reddit to discuss what will happen to Uhtred in the next season and a recent theory states that season 5 of The Last Kingdom will take a three-year time jump so at that time it will be full. the truce, between Mercia and Wessex with the Danes and the increasing number of Nordics, being expelled from Ireland.

On the other hand, as they do not have a truce with the Welsh, there will be different comings and goings in Wales but apparently Aethelflaed and King Edward will head to East Anglia to try to get a truce with the Danes on the east coast.

See Also
How Uhtred Survived the Battle of Tettenhall Revealed

Because of this, Uhtred is expected to spend most of his time raising Aethelstan, following the events of the fourth season of The Last Kingdom. But there is also a strong possibility that Uhtred will return to Bebbanburg to confront his evil cousin Wihtgar (Osian Perret).

However, Uhtred could also meet a new love interest in the fifth season of The Last Kingdom after parting ways with Aethelflaed (Millie Brady). Let’s not forget that the Lady of Mercia gave up her relationship with Uhtred in order to earn the respect of the Mercian people.

RM recommend books, you can read in quarantine