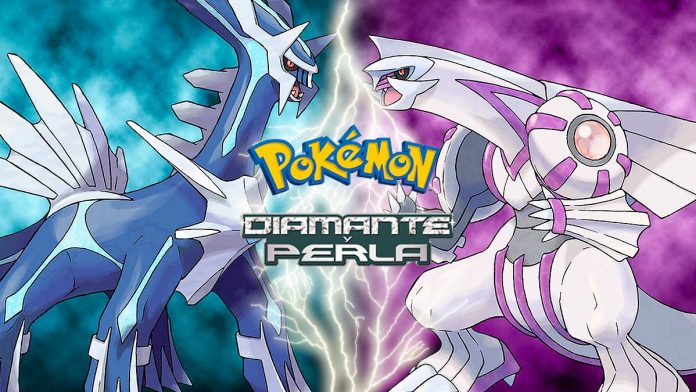 The fourth generation led the way to the modern series, started the dual-screen stage and established online communication. We remember Sinnoh.

2021 is not just any year for Pokémon. The license that Game Freak started celebrates its twenty-fifth anniversary on February 27 and, according to The Pokémon Company itself, it will be “very special.” In addition, September will be the fifteenth anniversary of Pokémon Pearl and Diamond, the deliveries that kicked off not only the fourth generation, but also a way of understanding the saga from then on by integrating a second screen into the equation. The historical importance of these deliveries is superlative; especially since they charted the new path of what had been more than eleven years of concept.

If Red and Green, in 1996, engendered this phenomenon on the Game Boy, in 2006 it was Perla and Diamante who consolidated the series for another few decades due to aspects that we are going to comment on in this article. We are sorry to say that we have no information about eventual remakes, reimagines or simply the return of these editions. We are not going to speculate about that here. The intention of this essay is none other than to understand the role that Pearl and Diamond played in Pokémon, Nintendo and Game Freak. A review as respectful as possible around a generation worthy of study, marked by decisions and truly ambitious creative inspirations.

Sinnoh is the base on which everything was founded, the region that served as the cradle for Generation IV; possibly the generation that most established the maturity and playable depth of the formula as we know it today. Maturity on the plot level would come with Generation V. Time passes quickly, that time that Dialga controls in the lore of the saga, although we can talk about that at another time. This time we are going to focus on space, the one that Palkia curiously controls, his counterpart. So, let’s learn how Pokémon Pearl and Diamond were created.

The time machine: where the saga was

To understand the product you have to understand how it originated. Pokémon Pearl and Diamond will go on sale exclusively for Nintendo DS on September 28, 2006. As on previous (and future) occasions, both The Pokémon Company and Nintendo were aware of the commercial projection of the following new productions of the main series. So, for different reasons, the first canon Pokémon games on the dual-screen laptop took almost two years to come in Japan; more than that time in the rest of the markets. The reason? Mainly to be able to guarantee an installed user base that approximates the sales objectives to an amount according to the history of the saga and its potential.

We are talking about an event. Back then, the Internet was not what it is now, but it was much more than it was five or ten years before. Forums and access to information previously restricted to monthly video game magazines opened up endless possibilities to the general public, especially those of us who at the time went to school or high school. While some were testing the internal clock of the Pokémon Emerald cartridge (2005) on a Game Boy Advance, in the Asian country they were approaching Generation IV.

Valheim: tier list of weapons; which are the best

Instagram: we can now put several photos on a single Story!