Home Celebrity The immortal love story of Jack and Rebecca “This is us”: a... 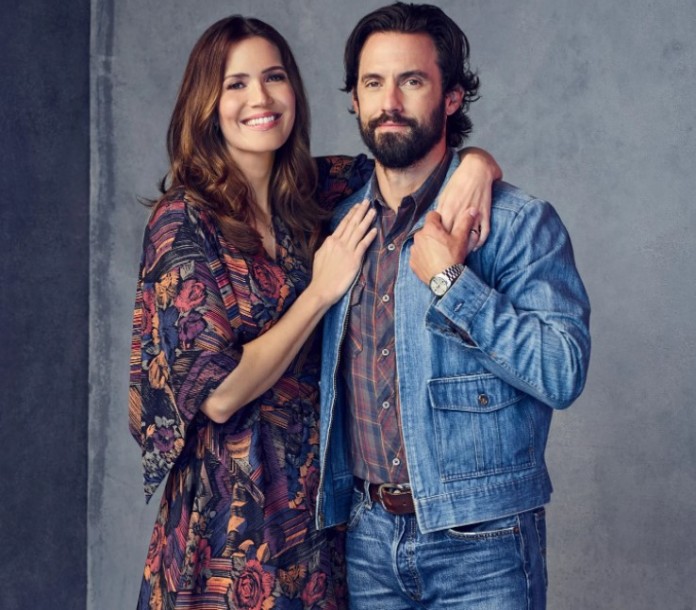 This is true love. Fans of “This Is Us” have been obsessed with Jack and Rebecca’s relationship since the show premiered in September 2016, and it’s easy to see why. The iconic TV couple, played by Milo Ventimiglia and Mandy Moore, have had ups and downs throughout the six seasons of the critically acclaimed NBC drama, and fans are still rooting for them ahead of the series finale in May 2022.

“This Is Us” follows the epic relationship between Rebecca and Jack Pearson, as well as their three children (also known as the “Big Three”): Kevin (Justin Hartley), Kate (Chrissy Metz) and Randall (Sterling K. Brown). The show moves forward, jumping between the past, present and future, constantly discovering new parts of its history.

Chronologically, the love story of Rebecca and Jack begins in the 1970s, their romance lasts for several decades and faces many losses and trials. At the beginning of the series, viewers saw the emotional consequences and injuries suffered by the couple after losing one of their triplets during childbirth. Jack’s struggle with alcohol abuse also played a big role in their relationship.

One of the most difficult problems faced by the Pearson family, and the biggest storyline of the show was the untimely death of Jack.

In the first season, Jack’s death is briefly mentioned, but never fully explained. It wasn’t until the second season that viewers found out exactly what happened to Jack. Many fans have speculated what could have caused Jack’s death.

“Everything will be answered. We don’t leave anything on the table. Everyone will know everything,” she shared. “I’m excited about it because I feel it will take the pressure off a little bit. People will find out, and then we can get back to telling the story of this family, and I think that will make things even more bittersweet in the future.”

So what led to the tragic end of Jack and Rebecca’s romantic love story? Jack had a heart attack after he saved the Pearson family from a house fire due to a faulty slow cooker.

While many thought that “This Is Us” would no longer talk about Jack and Rebecca’s relationship after his death, the Emmy Award-winning drama continued to highlight more of what made the two such a dynamic couple. In the memories, viewers see the relationship between Rebecca and Jack, full of love and affection.

“The fact that we managed to keep Jack involved in the storylines for six seasons — after we found out everything we needed to know about him in the third season — is wonderful,” Ventimiglia shared with TV Insider in April 2022.

Despite the fact that Jack and Rebecca’s love story has come to an end, fans were hoping to see more of their relationship. In February 2022, Ventimiglia exclusively told us that “there may be a bit of magic at the end of the series,” and the penultimate episode ended with Jack and Rebecca reuniting in the afterlife.

Scroll down to see the full timeline of Jack and Rebecca’s relationship from “This Is Us.”

Jack and Rebecca first meet in a dive bar on December 23, 1972. Rebecca finds herself there after a boring blind date and decides she wants to sing. Jack is in the same bar and falls in love at first sight after hearing her singing.

Soon after they meet, Rebecca and Jack go on their first date—and it doesn’t go very well. Jack only had $9 for a carnival date. Then it started to rain, and he couldn’t afford to buy her an umbrella. However, Jack saves the night by telling Rebecca that she feels at home with him and they have their first kiss.

After knowing each other for only a week, Rebecca and Jack decide to go to Los Angeles together for their third date. Although Rebecca’s singing dreams are crumbling, she and Jack get closer and begin to see the future together.

After the trip, Rebecca introduces Jack to her parents. While her blue-collar boyfriend doesn’t impress Rebecca’s arrogant father, the singer falls even more in love with Jack.

After Mr. Malone gets into Jack’s head, he cancels the relationship with Rebecca because he worries that he won’t be able to give her the life she deserves. Together again.
Rebecca refuses to give up on Jack. After a heart-to-heart talk with her mother, Rebecca goes to visit her love at the auto shop and makes a heartfelt speech to get him back.

Jack and Rebecca get married and hold a small ceremony at City Hall on May 16, 1976.

Rebecca is getting pregnant

On January 20, 1980, Rebecca and Jack conceive triplets during the Steelers’ Super Bowl victory celebration. Although Rebecca is shocked that she planned to advance her career and life goals before having children, in the end she is happy to start a family.