Home Entertainment The image shows all the insignia of the Assassin’s Creed game to... 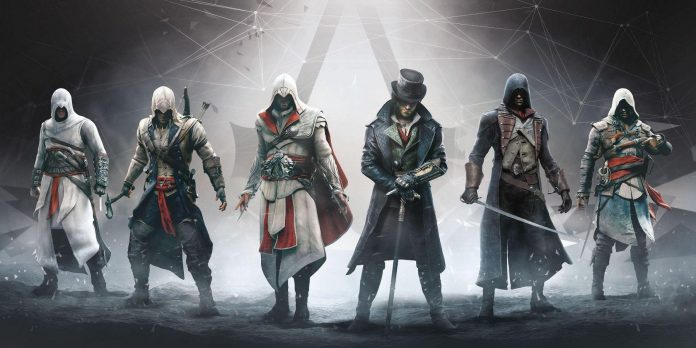 A useful image has appeared on the network, which depicts the emblems of each main game of the long-standing Assassin’s Creed franchise. Assassin’s Creed debuted in 2007 and quickly turned into one of Ubisoft’s most successful franchises.

Since then, Ubisoft has released several Assassin’s Creed games, and almost every game has added new game mechanics to one degree or another. In addition, the latest games are very different from the rest of the series, as the franchise has evolved into an open-world role-playing game with the release of Assassin’s Creed Origins. Now one user has shared an image that shows how the emblems of the Assassin’s Creed games differ from each other.

Fans in the comments are discussing their favorite Assassin’s Creed logo, gaining a lot of votes for Assassin’s Creed Mirage. For those who don’t know, Mirage returns the series to its origins with Basim as the main character. Ubisoft confirmed that Assassin’s Creed Mirage will pay more attention to stealth and parkour and will take place in a dense city, rather than in a huge open world. In addition, there will be no modern sections, as the game will focus exclusively on historical history.

There are also discussions about the possibilities of Assassin’s Creed Codename Hexe, and some fans claim that this may be the darkest game in the series. On the other hand, some users are hearing about Hexe and Red for the first time after they were introduced at the Ubisoft Forward event just a few days ago. Assassin’s Creed Codename Red is an open—world role-playing game set in feudal Japan, but little is known about Assassin’s Creed Hexe. However, it is confirmed that both games will be part of the Assassin’s Creed Infinity Project, which is not a separate entry and will function as a kind of central world.

Is Resident Evil 2 and 3 like the making of Disney...