Home Entertainment The image of the second season of “White Lotus” shows the return... 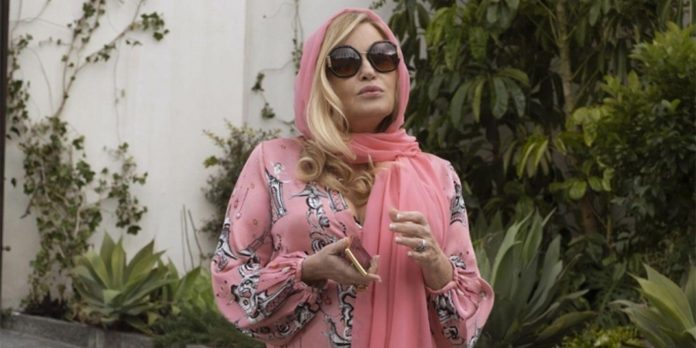 Jennifer Coolidge is back in a new look from season 2 of “White Lotus”. In just six episodes, “White Lotus” became an HBO hit in the summer of 2021. Created by Mike White, the plot centers around a group of wealthy guests arriving at the titular tropical resort in Hawaii and turning the lives of the staff upside down. Although it debuted more than a year ago, the impact of the series was felt during the recent Emmy Award nominations. In total, the comedy received 20 nominations, and Coolidge herself received one award for best supporting actress.

This impressive result only increased the expectation of the second season of “White Lotus”. The action has been moved to Sicily, where new employees and guests will face their own skirmishes, and the second part boasts an impressive addition to the cast. Adam DiMarco, Aubrey Plaza, F. Murray Abraham, Haley Lou Richardson, Leo Woodall, Meghann Fahey, Michael Imperioli, Theo James, Tom Hollander and Will Sharp will be part of the new episodes either in a regular or recurring capacity. But the new disclosure draws attention to the returning favorite.

Related: White Lotus: What happened to Doe? Why didn’t she come back

Variety has shared a brief overview of the second season of “White Lotus,” which will premiere on HBO in October, and shows Coolidge reprising his role as the volatile Tanya Mcquoyd. She looks beautiful in pink and outstanding shades, a suitable image for the character’s European journey. Take a look at the photo below.

Viewers remember that at the beginning, before the finale of the first season of “White Lotus”, Tanya looked as if she could be one of the relatively cute comedy characters portraying the very rich and very deluded. This fluctuated over the course of the episodes, but Coolidge stood out for how she managed to bring a little pathos and sincere sadness to her images in scenes that began as humorous, and then gradually shed light on the darkness, emphasizing Tanya’s strange behavior. It is still unknown how White, who will return as a screenwriter and director, plans to unite Tanya with other vacationers in Sicily. Nevertheless, she will meet at least one familiar face.

The previous clip of the 2nd season of “White Lotus”, as part of a noisy video for HBO, confirmed that Greg (John Grice) is still with Tanya after they met at the resort. Greg revealed Tanya’s worst tendencies, leaving her depressed, anxious and dismissive of others. It would be a bit tragic, though definitely in the spirit of black comedy, not to mention White’s previous work, if this habit persists when the series returns in a few months. At a minimum, this is a guarantee that Tanya will be well dressed.