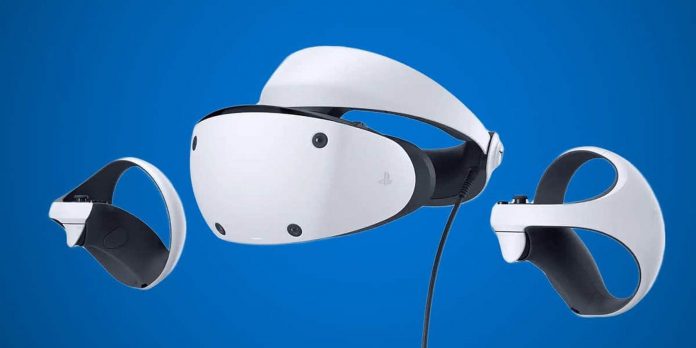 One of the most high-profile releases of 2022, which is rumored, has been relatively insignificant so far this year. However, this release is not a game, but rather a PlayStation VR2. Rumor has it that Sony’s new virtual reality headset and accompanying motion controllers will be released in late 2022 or early 2023 for some time, but Sony has yet to make an official announcement. This is still true, but there is recently discovered evidence that PS VR2 development is proceeding smoothly.

A photo posted online shows that this is the first PlayStation VR2 found in real life. The photo shows the full retail version of the PS VR2, including a virtual reality headset, two new VR controllers, as well as more packaged cables. It exactly matches the promotional photos previously published by PlayStation.

The photo was first posted by developer Bit Planet Games, best known for its Ultrawings and Ultrawings 2 VR games, in an already deleted post on Twitter. The post read: “Guess what will be on PSVR2?” and included an image next to it. It is implied that Bit Planet Games is either developing a new VR game for PS VR2, or plans to transfer its Ultrawings games to a new VR platform. Thus, the team was provided with a headset before the appearance of equipment for testing games.

There is nothing particularly revealing about the photo, other than the fact that the seemingly completed versions of PS VR2 are now in production, even if they are delivered to developers only for testing. This may mean that Sony is already accumulating PS VR2 headsets for their possible launch or is preparing for it. In any case, this indicates that things are moving forward and the release of PS VR2 is approaching, although when it may be is still unknown.

Although the release date of the PS VR2 headset has not yet been confirmed, a PlayStation blog post about The Walking Dead: Saints and Sinners — Chapter 2 for PS VR2 from early June hinted that the wait may be longer than some expect. It has been confirmed that The Walking Dead: Saints and Sinners — Chapter 2 will be released on PS VR in 2022, but the game for PS VR2 will be released in 2023. Many took this as a hint that the PS VR2 headset will not appear until 2023.

As for when we can expect more information about the PS VR2 headset, it is completely unclear. Sony may hold a PlayStation State of Play in July or August, or it may wait until the end of 2022. However, since there are so many exciting PS VR2 games in development, Sony will inevitably want to showcase them. Fans of virtual reality will have to be patient.

James Lafferty: Where is Nathan Scott from One Tree Hill?