Home Entertainment The ideal idea of restarting the “X-Men” in the MCU is too... 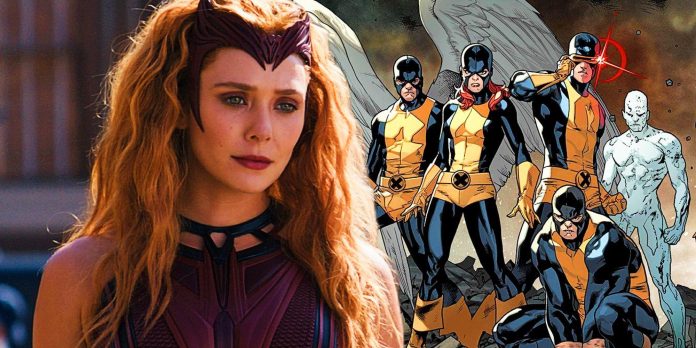 WARNING: Spoilers for Doctor Strange in the Multiverse of Madness.

The best option for the MCU to reboot the X-Men franchise would be through a TV show, but the franchise’s current approach to the Disney+ Marvel series makes it difficult to happen. For the first time since the inception of the MCU, Marvel can now have the mutants and the Fantastic Four as part of a larger franchise following Disney’s acquisition of Fox. Curiously, while the Fantastic Four already has a movie in development, there has yet to be any news regarding the first live-action MCU X-Men project, which suggests that Marvel is taking extra care in planning the definite arrival of the mutants in the MCU.

For 20 years, the X-Men were at the center of their own cinematic franchise under Fox. Before the MCU’s eventual reboot, 13 mutant movies were made between X-Men stories and solo entries for Hugh Jackman’s Wolverine and Ryan Reynolds’ Deadpool. The X-Men franchise had its highs and lows, with X-Men: Days of Future Past being the saga’s most successful film at the box office, and X-Men: Dark Phoenix is the lowest-grossing X-Men film. Unlike the MCU, the original X-Men franchise didn’t follow one strict timeline, especially after X-Men: First Class showed the origins of the team in a period movie with an entirely new cast.

Related: The MCU Just Set Up The X-Men’s Biggest Villains

Considering the original X-Men franchise and all the different directions Marvel Studios could take the IP in the future, having the MCU X-Men reboot happen on a TV rather than in a movie would arguably be the best decision for the mutants. The X-Men comic book legacy would be much better translated in a serialized format, the dozens of X-Men characters and plotlines would all get their moment in the spotlight, and it would be the best way to disguise the MCU’s X-Men from the 20-year-old Fox franchise. However, considering Marvel’s current approach to the Disney+ series, that would not be easy to pull off. The 6-episode format is very limiting, most shows are struggling to balance the scale of an MCU adventure with the pacing of a TV show, and the visual effects, which would be crucial for X-Men, are becoming a recurring issue not only for Marvel series but also to Star Wars shows like Obi-Wan Kenobi. For an X-Men series to work, it would have to be closer to a regular network ensemble TV show with longer storylines, which is something Marvel Studios hasn’t tried to do yet.

What Is Already Know About The MCU’s X-Men

So far, there have not been any announcements regarding an MCU X-Men movie or TV show. The only confirmed project centered around a mutant in the MCU so far is Deadpool 3, which will see the return of Ryan Reynolds to the role. A revival of the X-Men: The Animated Series, X-Men 97, is also in the works for Disney+, although it is not possible to say whether the project will somehow connect to the MCU. Despite the lack of an X-Men project, the MCU has already seen one major X-Men in one of its movies: Professor X in Doctor Strange in the Multiverse of Madness, in which Patrick Stewart once again played the telepath. Considering how the first appearance of an X-Men in the MCU was through the multiverse, it’s still not possible to say how the mutants will be introduced in the franchise. A result of the radiation emitted by Thanos’ snap or a consequence of an MCU Secret Wars movie are some of the possible explanations.

While a case can be made for TV formatted being the best option for superhero stories given comic books’ serialized format, the X-Men stories are even more suited for a TV show. The X-Men consists of a family, much more than the Avengers, and many of the team’s stories involve dozens of characters and require long buildups. The X-Men are not an ordinary team of superheroes. Their most important comic book events don’t always involve saving the day from an alien invasion as the Avengers have done in the Battle of New York or in Avengers: Endgame. For example, X-Men’s famous Phoenix Saga only worked well in the comics because Jean Grey had been an important friend of everyone since the very first X-Men issue.

However, in the Fox X-Men movies, neither X-Men: The Last Stand nor X-Men: Dark Phoenix could not replicate the same feeling as they were restricted to a relatively small series of 2-hour movies. As an example of how suitable the TV format is to the X-Men, the X-Men: The Animated Series is one of the best adaptations of the mutants to any media. Through its 76 episodes, the show was able to adapt several iconic X-Men stories, such as Age of Apocalypse, Days of Future Past, and the Phoenix Saga – all while also developing the relationships between the members of the X-Men.

Related: The MCU Can’t Escape An X-Men: Days of Future Past Remake

The MCU shows are a great step in expanding the ways a superhero story can be told, but the current format of the Disney+ Marvel series would not work quite well with the X-Men. Marvel Studios is so far opting for a “six-hour movie” type of pacing with shows like Hawkeye and Moon Knight, which helps replicate the feeling of an MCU movie, but that can also be very restrictive. Not only that, but one recurrent criticism of the Disney+ MCU shows an overall predictable structure. From WandaVision to Moon Knight, most of the MCU shows have reserved their final episodes for a shocking reveal of a secret character, such as Wilson Fisk in Hawkeye, and a third-act-style battle between hero and villain, as seen in the fight of Wanda against Agatha Harkness. While that structure makes sense for solo stories, it would not work with a team like the X-Men.

What The Perfect MCU X-Men Show Would Look Like

An X-Men show could be Disney+’s perfect opportunity for a longer TV show, more on par with other network productions, and that would feature a larger cast. One example is ABC’s Marvel show Agents of Shield, which ran for seven seasons and dealt with dozens of characters. With a similar format, the MCU would be capable of better developing each member of the X-Men, something that the Fox X-Men franchise failed to do, as well as to keep evolving the lineup of the team. Audiences would get a chance to connect with names like Cyclops, Jean Grey, and Storm for a longer period of time, which could make their roles in future MCU events even more impactful. Every season could involve different storylines and not just one, as has been the case of the Disney+ MCU series so far. That’s not to say the X-Men should be limited to a TV show, as the X-Men franchise can still be successful in the movies, but there could be a recurring Disney+ series developing the mutants in a way that previous films never managed to.

The best free movies online and where to watch them

The Fantastic Four called the shocking MCU hero the greatest in...