Home Entertainment The idea of a Stallone Prequel about Rambo Will Lose What Makes... 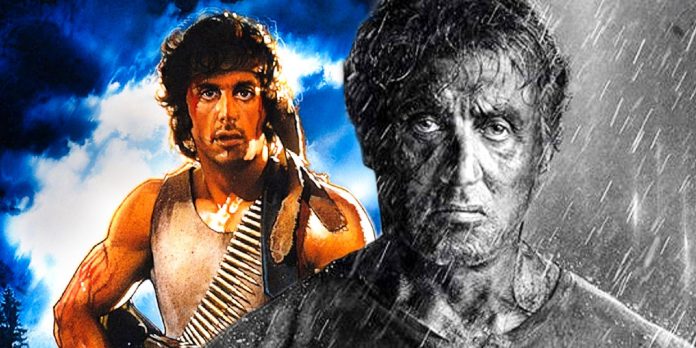 The Rambo prequel, which follows a young version of veteran hero Sylvester Stallone, lacks all the elements that made the character an icon. Rocky star Sylvester Stallone has been one of Hollywood’s most prominent action stars for more than four decades. Judging by the films “Creed” and “The Expendables”, age is not a hindrance to him. But even though Stallone kept the Rocky franchise alive with Rocky Balboa as a mentor, revisiting John Rambo after the release of 2019’s “Rambo: The Last Blood” presents a serious problem.

First Blood, the first installment of the Rambo franchise, introduced John Rambo as a Vietnam veteran who is struggling with post-traumatic stress disorder. Although he is still at the peak of his physique and fighting skills, war is not something he is actively engaged in. Rambo’s brutal, bloody rampage in the first film is the result of the trauma he endured as a soldier and the impending hopelessness that awaited him. However, the huge success of “First Blood” gave way to several sequels that turned John Rambo into a more ruthless action hero to satisfy the audience’s need for a high-octane action movie.

Having followed an aging John Rambo in four increasingly violent sequels and turned John Rambo into an untouchable killing machine, Sylvester Stallone can do little to raise the stakes. Therefore, Stallone believes that the future of “Rambo” is streaming as a prequel. Although it would be a fresh look at Rambo’s story, it would most likely deprive the hero of his essence. What makes Rambo such a charming character is not his invincibility, but his reaction to the horrors of war – at least, that’s how his story began in First blood–before he completely lost his sensitivity to violence. Rambo is unstoppable because of his Vietnam War background, not because of what happened before.

In the prequel, which takes place during the formative years of Rambo, there is little material to work with, since the pre-war John Rambo did not go through the events that shaped his character. And if the action of the prequel takes place during the war, it can spoil everything that will happen after. Stallone’s films about Rambo show that war turns good people into murderers against their will, so in the prequel you will have to soften the action characteristic of the franchise or risk saying that Rambo’s ruthlessness has always been in the order of things. With the disappearance of the emotional appeal of “First Blood,” the idea of a younger actor replacing Stallone as Rambo will complete the removal of the prequel from everything that resembles previous films.

This is not the first time that the proposed prequel deviates from the essence of the film, as it would be in a prequel movie about Rambo. In 2015, Fox announced a prequel to Die Hard called McClain, which tells the story of a young John McClain long before he entered the Nakatomi Plaza. The film was canceled, but the project continued to live as a comic called Die Hard: Year One. However, the problem with this prequel is the same as that of the Rambo prequel. Before the events of Die Hard, John McClain, played by Bruce Willis, was an ordinary policeman, and this change completely changes the aspect of the everyman who made the first film so special.

Prequels work best when the original films offer a big untold story, and this directly contradicts the Rambo series and its intent. Franchises like Star Wars, Harry Potter, or the Marvel Cinematic Universe are big enough to allow prequels to continually expand their respective stories. On the contrary, classic franchises usually start with the most significant event that happened to the characters, which makes potential prequels meaningless. Just like the Terminator prequel follows Sarah Connor as a waitress at a diner, or the Rocky prequel follows Rocky Balboa as a debt collector, the Rambo prequel has to be very creative to make the project worthwhile.

Team ASOBI Launches Its Official Website; His “most ambitious” Game is...

Pokémon Unite: see how to install the free game