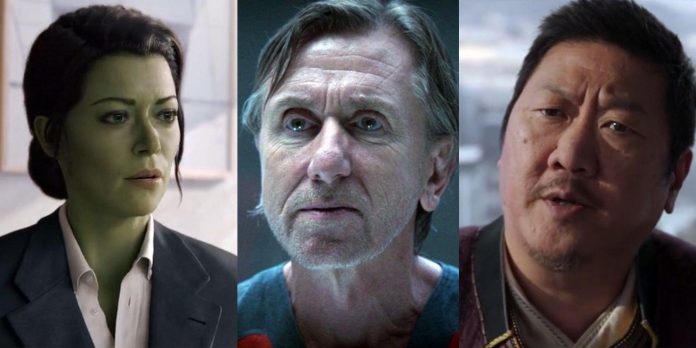 She-Hulk: Attorney at Law has been interesting so far, offering just the right amount of episodes from the Marvel cinematic universe. The Superhuman Law Department at GHL&K invited the superhero to become the face of the team, offering a new look at criminal cases involving people with superhuman abilities. This approach has raised some important questions about superhuman law and how justice can be administered in cases involving magical powers.

Even before the premiere, “The Hulk Woman: Sworn Lawyer” was advertised as a series different from some of its predecessors. Jennifer Walters from Tatiana Maslany established herself as a cheerful but smart lawyer who just wanted to be able to fight crime in the courtroom. However, after her transformation, she suddenly became a lawyer with superhuman strength and power, and eventually she had a great responsibility to represent all other people with authority. But how does the law apply to MCU heroes?

The third episode of She-Hulk: Attorney at Law delves deeply into some of the court cases being handled by members of the Superhuman Legal Department. The one headed by Walters Maslany, aka the Hulk Woman, is the parole case of Emil Blonsky (Tim Roth), also known as the Abomination. There are moments in the episode when Walters raises valid questions that some of the things that heroes or villains do in the MCU are either unethical or unacceptable. Despite the fact that the series is a sitcom about a lawyer struggling with his dual personality, the series seems to be trying to give legal meaning to some of the unique scenarios created by the MCU in the past.

In the case of She-Hulk: Attorney at Law, Abomination fights Wong in a cage match in a completely different country when he should be in his cell at the Department of Damage Control’s Supermax prison. The incident occurs just as Walters is preparing for his case, which means that the parole board may refuse to release him. However, during Walters’ interrogation, Blonsky reveals that he was taken away against his will by Benedict Wong’s character, the Archmage, and in fact he voluntarily returned to his prison cell. When later asked to explain why the Abomination was seen fighting him, the Archmage replied:

“I got him out of prison against his own wishes, as I needed a worthy opponent as part of my training to become a Supreme Magician.”

The scene first played out in “Shang Chi and the Legend of the Ten Rings”. Despite the fact that he clearly broke the law and helped a prisoner escape from a maximum security prison, Wong does not seem to have any remorse for his actions. Later, he offers to send Blonsky to the Mirror or Shadow Dimension, once again helping him escape from prison and the law. Wong even suggests “erasing everyone’s memory,” as Dr. Strange did in Spider-Man: There is No Way Home. Walters refuses, stating that it is extremely unethical.

Despite the fact that the timeline may seem a little shifted, it makes you think about the unethical nature of the hero’s actions. To hide his true identity and get rid of false rumors, Peter Parker turned to Dr. Strange for help, and they both came up with the idea of making everyone forget who he really was. Although the plan seems simple and works for the fan-favorite hero who throws the web, the action was carried out without the consent of the citizens of the world. Makes you wonder what the heroes will do for their own benefit.

Wong’s attitude during the episode is just one example of how people with superhuman abilities try to use their superhero status to escape punishment. The werewolf elf Runa, who claims to have come from Asgard, is another superman who helps raise eyebrows about the heroes’ attitude to the law. When Runa went on trial for defrauding a former colleague of Walters, she claimed to have “diplomatic immunity” simply because she is an Asgardian. The judge has to remind her that “we are not in Asgard.” The exchange highlights the difficulties that arise when superhumans have to face the law, as they seem to believe that they are above it.

Both of these cases raise questions about the MCU heroes and their civic duty to the world in which many of them live. The MCU has been bringing superhero stories to life for more than a decade, incorporating pop culture into the lives of its fans. He can use his position to reflect on several real-life scenarios. In many of its series, including “The Hulk Woman: Sworn Lawyer,” the MCU decided to make social comments about issues that affect people in the real world. How the law treats people in case of offenses or how the world is constantly trying to challenge the status quo is an important topic that has not been covered before.

With She-Hulk: Attorney at Law, the MCU has the opportunity to reflect on this problem and talk about how power is distributed in the real world. With Episode 3, the series has already established a theme, and if it continues to explore the theme, it could affect the MCU moving forward. The only other time the popular universe has questioned the actions of the heroes is when it introduced the Sokovian Agreements in 2016 in the movie “Captain America: Standoff.” The purpose of these legal documents, supposedly established by the United Nations, was to control those with enhanced abilities, such as the Avengers, and hold heroes accountable for their actions. The Sokovia Accords stated that “the Avengers will act under the supervision of a United Nations team only if and if that group deems it necessary.”

How then does the Superhuman Law affect the heroes and citizens of the world? Are the heroes responsible for any damage caused to property during the battle? Does the law really apply to everyone equally? Here are some questions that were successfully raised in the third episode of the movie “The Hulk Woman: Sworn Lawyer”. It will be interesting to see if the MCU will benefit from such conversations in the future, or if this is just a transitional stage.

“The Hulk Woman: Sworn Attorney” is broadcast on Disney Plus.

Demon fighters are sent flying on a new anime-style airliner

Outlander Season 6 Episode 4: This is why Malva was spying...