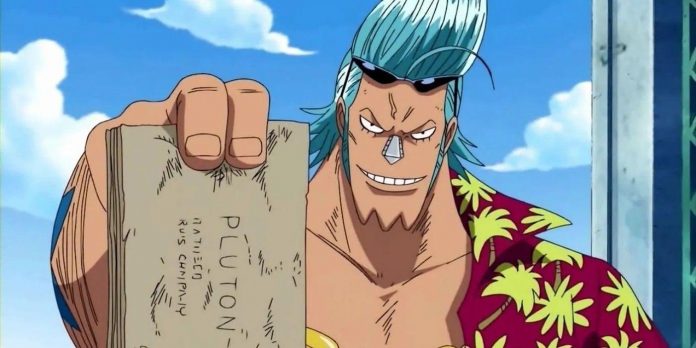 Warning! Spoilers for the 1055 chapter of One Piece ahead!

All the last chapters of One Piece are devoted to the consequences of the raid on Onigashima and the battles with Kaido and Big Mama. Following such destruction comes a new hope and mystery, the like of which has never been in the world of One Piece. Soon, several connections will be established with the lost, true history of the world, and what will be revealed may forever change the world of One Piece as we know it.

Chapter 1055 of One Piece tells about the battle with Ryokugyu and the Red Scabbard, as well as with Momonosuke and Yamato. While this battle is raging in the heart of Vano, something even more intense and mysterious is being discovered underground. Kozuki Sukiyaki, the father of Kozuki Oden and the grandfather of Kozuki Momonosuke, leads Niko Robin and Trafalgar Lo up the stairs that pass under Vano. During this trip, Sukiyaki shows that Vano is not at all what it seems. Robin and Lo can see the entire sunken city through the glass window at the end of the tunnel. This underwater city, which turned out to be the original Vano, is now filled with centuries-old rainwater and hides an even darker secret.

Related: One Piece fans’ reaction to the announcement of the expected end date

Sukiyaki not only shows Robin and Lo what happened to the original Vano, but also leads Robin straight to the road poneglyph, which was fished out of the water by Kaido’s subordinate Jack. Although Robin has yet to translate this poneglyph, Sukiyaki informs her that the Ancient Weapon, Pluto, must be located somewhere under the Country of Vano. The discovery that Pluto is in Vano completely redefines the entire arc and all of Kaido’s motives for conquering Vano. It also gives a new meaning to the phrase “open the borders of Vano”, which was repeated non-stop throughout this arch. This is because Sukiyaki informs the pirates that the very borders of old Vano keep Pluto locked up, and if they fall, the Ancient Weapons will be released. Revealing the secret location of Pluto is crazy enough, but it points to an even bigger mystery — the location of the last Ancient weapon, Uranus.

The author of the series, Eichiro Oda, did not hide that he expects One Piece to be completed sometime in the next three years. With the disclosure of the alleged location of Pluto under Vano, the Straw Hat Pirates have now learned the location of two Ancient Weapons. Hundreds of chapters ago, it was already revealed that one of the other Ancient Weapons, Poseidon, manifested inside Princess Shirahoshi. Readers also already know that the Pluto is a kind of giant warship built with enough power to wipe out an entire island in one attack. Given that such close attention is being paid to these two Ancient Weapons, it seems quite natural that the location and purpose of Uranus will be revealed pretty soon. The World Government paid so much attention to preventing the awakening of this Ancient Weapon that it literally hunted those who could find it to the ends of the Earth and back. Since two such weapons have been found so far, the secret of Uranus will undoubtedly be revealed soon in the upcoming arcs of the final One Piece saga.

The mystery of Pluto and old Vano irreversibly changed the landscape of One Piece and convinced the Straw Hat Pirates to continue to clash with the World Government. Despite Ryokugyu’s defeat at the end of the 1055 chapter of One Piece, it is likely that the forces of the Marine Patrol will return to Vano soon enough to prevent the awakening of Pluto and the discovery of Uranus.