Home Entertainment The House of the Dragon proves that the problem with Bran’s choice... 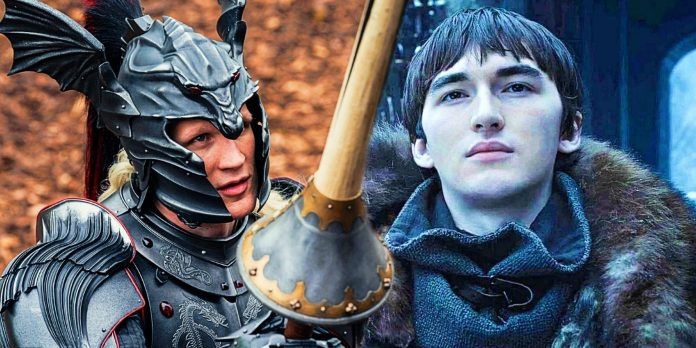 While Bran’s election as king in “Game of Thrones” was supposed to make a major change in the politics of Westeros, “House of the Dragon” proves that this is just a continuation of an interrupted cycle. After almost a decade of family betrayal, dissolved alliances and shocking deaths, the War of Game of Thrones for the Iron Throne ended with a Grand Council to elect the next ruler of Westeros. When John was exiled to the Night’s Watch after the murder of Queen Daenerys, the Targaryen family’s reign officially ended, and several noble houses elected Bran Stark—now the Three—Eyed Raven-as king.

Since the conquest of Westeros by Aegon Targaryen 300 years before, the kingdom has always seen the Targaryen King on the Iron Throne. However, the Great Council of Bran was not the first time that the ruler was elected by vote from houses all over Westeros. The action of “House of the Dragon” takes place 200 years before “Game of Thrones” and will begin with the Great Council of 101 AD, at which more than 1,000 lords from large and small houses gathered in Harrenhal to elect a successor to King Jaehaerys I Targaryen. After considering more than a dozen claims to the Iron Throne, the week-long discussions ended with Viserys I Targaryen being declared the next king of Westeros.

The finale of “Game of Thrones” signals positive changes in the politics of Westeros, but “House of the Dragon”, which begins with a similar note, proves the doom of the monarchical society of the kingdom. The House of the Dragon actually begins with a much more representative character in terms of how the next king was chosen, as the Grand Council at Harrenhal was well organized and thousands of lords of varying importance expressed their preference for the ruler of the Iron Throne. However, in the Grand Council of Game of Thrones, only a few great houses of Westeros elected Bran the Broken King, while most of the participants had some loyalty or connection with the House of Stark. In neither case is the king democratically elected, and the lords in Game of Thrones laugh at the idea of giving citizens a say in who rules Westeros. Without real changes, even in the most representative ways of choosing a king, the choice of Bran by the king is not able to solve any of the political problems of the kingdom.

As Game of Thrones has already established, history repeats itself; the optimistic Grand Council of the House of the Dragon still ends in war and tyranny for the next 200 years, suggesting that the future of Westeros after the election of Bran will still see a similar chain of events. While the Grand Council of Game of Thrones avoided an immediate war of succession, the history of Westeros, especially in the House of the Dragon, proves that the kingdom’s inability to adapt to democracy means that peace and prosperity will not last long. Even if Bran’s rule after the Game of Thrones timeline is mostly peaceful, there may be more wars and betrayals if each subsequent ruler is still elected by a small group of powerful houses.

The spin-off of the HBO series about Jon Snow already proves that Bran’s election in the finale of Game of Thrones did not turn Westeros into a prosperous country. Although John is usually behind the Wall in his “Game of Thrones” sequel series, the tyranny and fatal conflicts over power didn’t end just because Bran was enthroned. The finale of Game of Thrones may have put an end to the hereditary monarchy of Westeros that inspired the House of the Dragon to civil war, but it didn’t actually break the wheel of tyranny.

The riddles of the MonsterVerse Godzilla vs. Kong 2 can explain

A series about Luke Skywalker is needed to solve the problems...