Home Entertainment The House Of The Dragon Presents Its First Trailer: This Is The... 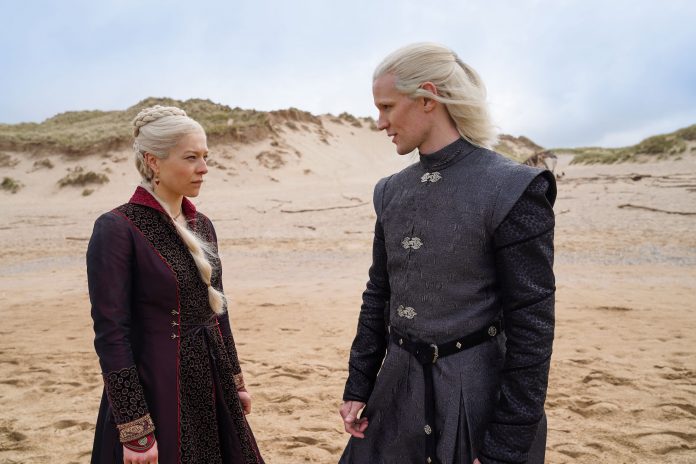 The House Of The Dragon: The story takes place 200 years before the events narrated in A Song of Ice and Fire. There have been several projects derived from Game of Thrones that have been in development within HBO. House of the Dragon, La Casa del Dragon in Spanish, is the first spin-off that has been launched. Filming began months ago, with the intention that the series would debut in 2022. This premiere window has been officially confirmed, since HBO itself has just published the first teaser trailer for the fiction.

In the video, we can see some of the characters that will make an appearance during the first season. Through a press release, HBO Max has detailed exactly who are the protagonists that appear in the teaser:

A story before Game of Thrones

Before House Targaryen lost its throne, before the Mad King was assassinated, there was a story of rise to power. All those episodes are narrated in the book Fire and Blood by George R.R. Martin, who focuses his gaze on this noble family. The series is based on this novel, a book that functions as a prequel to A Song of Ice and Fire and that takes place 200 years before the events that occurred in these books. The Targaryens seek to consolidate their power and will do whatever it takes to achieve it.

The House of the Dragon features George R.R. Martin as co-creator and executive producer of the series. Ryan Condal is a screenwriter and coshowrunner. On the other hand, the director of the episodes is Miguel Sapochnik.