Home Tech The House of the Dragon is crushing the rings of power on... 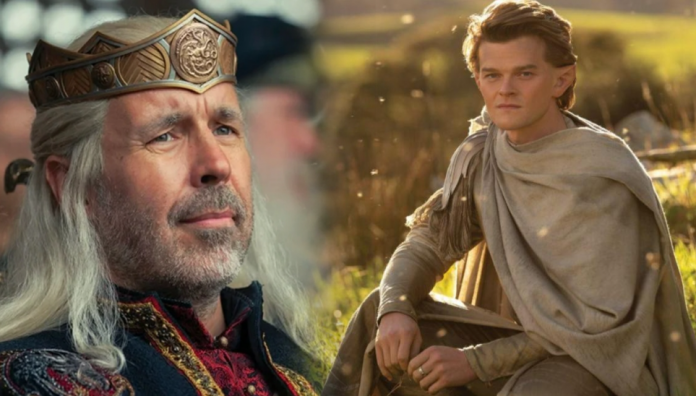 The HBO series “House of the Dragon“, which takes place almost 200 years before the popular series “Game of Thrones” and is dedicated to the Targaryen dynasty, aired on August 21. George R.R. Inspired by Martin’s novel “Fire and Blood”, the series was appreciated worldwide as soon as it came out, and managed to break the platform record.

In addition, the Amazon Prime Video series “The Lord of the Rings: Rings of Power”, which takes place in the universe of another popular series “The Lord of the Rings”, gained millions of views earlier this month and met with us. However, the production, shot with a large budget, did not meet expectations and caused a strong response from fans. New data has now been published on these two series, which are constantly being compared.

House of the Dragon Surpasses Rings of Power on Pirate Sites

As you know, although online platforms have become widespread around the world, the use of pirate sites is still very popular. In this case, the series “House of the Dragon” and “The Lord of the Rings: Rings of Power”, which the whole world is watching, also attract a lot of attention in such media. The published information also shows that the HBO series, which takes place in the Game of Thrones universe, has crushed the production of The Lord of the Rings on these sites.

According to data published in partnership with I Know and TorrentFreak, “House of the Dragon”, which managed to collect 29 million viewers per episode on HBO, is also very popular among users of pirate sites. During the period under review, “House of the Dragon” received more than 1.4 million downloads during peak load days (usually in the days preceding the release of episodes). It is also amazing that in two weeks the series was downloaded 9 million times.

Rings of Power, on the other hand, don’t seem to bother users much compared to the Dragon House. According to the data, the number of downloads of the series barely exceeds 500,000 downloads on the busiest days. It can be seen that the products on which Amazon spent hundreds of millions of dollars received a total of about five million downloads during the period under review.

“House of the Dragon” has become the most downloaded in Russia

It also turned out that the country with the largest number of downloads of House of the Dragon in the data was Russia. This is quite predictable, since Russia has received a lot of sanctions because of the Russian-Ukrainian war. Other countries where the series is popular on pirate sites: Brazil, USA, UK, South Africa, China, Philippines, Australia and France.

As a result, the chart shows that “House of the Dragon” is ahead of the two shows that are constantly being compared. Of course, it should be noted that using such methods to download something is not correct. According to TorrentFreak, this data is only a small part of all pirate activity, of which there are quite a lot.

So, what do you think about the Dragon House and the Rings of Power?