Home Entertainment The House Of The Dead Remake Already Have A Date On Switch:... 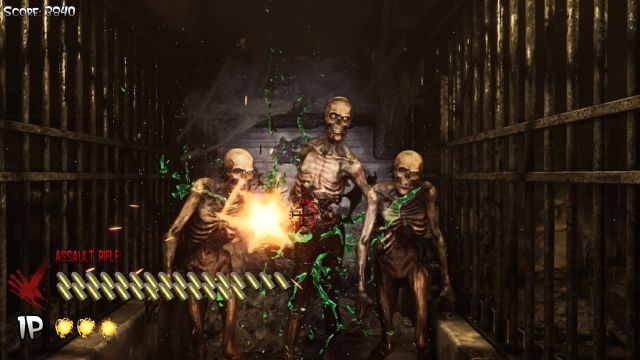 The House Of The Dead Remake: Forever Entertainment announces the release date of the remastering of the original delivery of 1997: new trailer for Nintendo Switch. The House of the Dead: Remake, the remake of Sega’s famous 1997 arcade shooter, now has a release date on Nintendo Switch. This has been announced by its publisher, Forever Entertainment, confirming that this graphic remastering of the arcade horror classic will be available in the Nintendo hybrid console eShop on April 7, 2022 at a price of 24.99 euros. And taking advantage of the announcement, those responsible have shared a new trailer that you can see on these lines.

The return of the terrifying arcade shooter

How could it be otherwise, it’s the same game from 1997, that is, an arcade-style shooter on rails in which you shoot at every living (or rather, non-living) creature that crosses your path. To do this, we will have several weapons with different rates of fire, such as pistols or assault rifles, with the possibility of playing accompanied by another player in local mode or facing the adventure alone.

The House of the Dead Remake already have a date on Switch: terror on rails returns

Take on hordes of the undead in a fast-paced rail shooter.
It maintains the essence of the original game system.
A classic arcade title with modern controls and graphics.
Multiple endings.
All this with a totally renewed visual aspect with high definition graphics and several extras such as the aforementioned alternative endings, a most curious photo mode, unlocking of achievements and weapons to increase our armory, a horde mode or a gallery of enemies and final bosses.

The House of the Dead: Remake opens pre-orders on March 31 and will be available on April 7, 2022.

The Big Bang Theory: Why One Of Its Leads Was Eliminated...