Home Music News The hotel of the England national football team in Qatar next to... 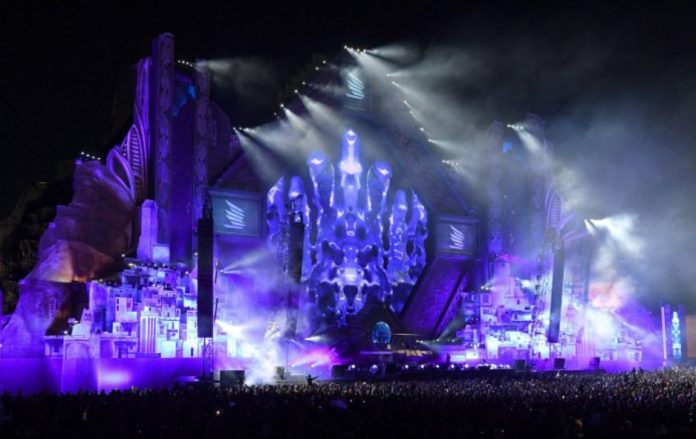 According to The Telegraph, the hotel of the England national football team is located near the venue of the “night rave”.

The team will stay at Souq Al Wakra in Al Wakra, south of Doha, two miles from the venue of the electronic music festival Aravia from MDLBEAST. Fatboy Slim, Tinie Tempah, Calvin Harris and Jorja Smith are ready to participate in the festival with a capacity of 5,500 people, which will begin on the same day as the tournament itself (November 21).

According to The Telegraph, the England team will be too far away from the festival for the noise to bother them. Souq Al Wakra is also surrounded by high walls to provide privacy.

MDLBEAST has caused controversy in recent years: DJs playing at the Soundstorm festival in Riyadh, Saudi Arabia, have been sharply criticized for their involvement in a company that the Saudi government accuses of “laundering culture” to conceal alleged human rights violations.

At the time , Human Rights Watch stated: “Since its launch in 2019, MDL Beast has used music industry influencers and celebrities to restore the country’s image.

“While Saudi Arabia’s state Investment Fund, headed by the brutal Crown Prince Mohammed bin Salman, is doubling down on these efforts to hold bigger and better events in the country, the government has stepped up its crackdown on peaceful dissent.

“Dozens of Saudi activists and human rights defenders remain unfairly imprisoned, some are subjected to terrible torture. Recent social reforms, while important, are far from bringing Saudi Arabia into line with international human rights standards, or offer only superficial freedoms.”

Human rights organizations have been critical of the decision to host the 2022 FIFA World Cup in Qatar, including Amnesty International, which called the tournament a “world champion of shame” after accusations of mistreatment and forced labor of migrants. It is reported that 6,500 workers died during the construction of the Khalifa Stadium for the World Cup.

There were also concerns about the safety of fans who came to the tournament from abroad, due to Qatar’s reputation regarding the treatment of women and LGBTQ+ representatives.

In other World Cup news, Frank Skinner and Ian Brody of The Lightning Seeds have confirmed that a new version of their anthem “Three Lions” will be released for the 2022 World Cup.

The song, officially titled “Three Lions (Football’s Coming Home)”, was originally released in 1996 before England hosted the Euro 96 tournament. A subsequent updated version aired before the 1998 World Cup in France.

Stormzy speaks out about Jeremy Corbyn: “I just thought so highly...