Home Entertainment The Horror Myth Returns: The Villain Pinhead Will Be A Woman In... 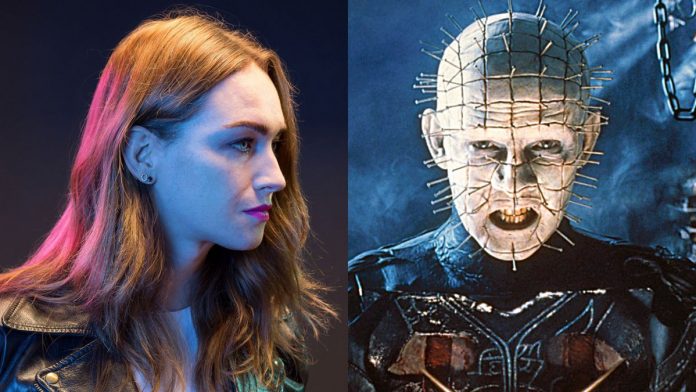 Hellraiser: Popular actress Jamie Clayton from the Sense8 series is chosen to play the iconic movie horror villain; new movie for Hulu. Jamie Clayton, the popular actress from the Sense8 series, has been chosen to star in the reboot of the classic horror saga Hellraiser. This has been shared by the Deadline medium, confirming the Californian interpreter as the one in charge of giving life to the iconic villain Pinhead. Recall that the famous Cenobite was played by actor Doug Bradley in many of the adaptations of Clive Barker’s original story.

Beyond confirming its main protagonist, this new reboot planned for Hulu includes a cast with names such as Odessa A’zion, Brandon Flynn, Goran Visnjic, Drew Starkey, Adam Faison, Aoife Hinds and Hiam Abbass, all of them under the direction of David Bruckner with a story by David S. Goyer. Additionally, original writer Clive Barker is also involved in the project as a producer, and he also directed and wrote the original 1987 film.

“Having seen some of the designs from David Bruckner’s new movie Hellraiser, they pay homage to what he created in the first movie, but then they take him to places where he had never been before. This is a Hellraiser on a scale I just wasn’t expecting. David and his team are steeped in the mythology of the story, but what excites me is his desire to honor the original even as they revolutionize it for a new generation, ”says Clive Barker himself.

“It has been a great honor to have Clive on board to help support us and guide us through the incredible universe that he created so long ago. Combined with an intrepid and committed cast, including the incredible Jamie Clayton, who fully embodies the role of Hell Priest, our goal is to create a very special new chapter in Hellraiser’s legacy, ”says director David Bruckner.

At the moment there is no release date for Hellraiser’s return.