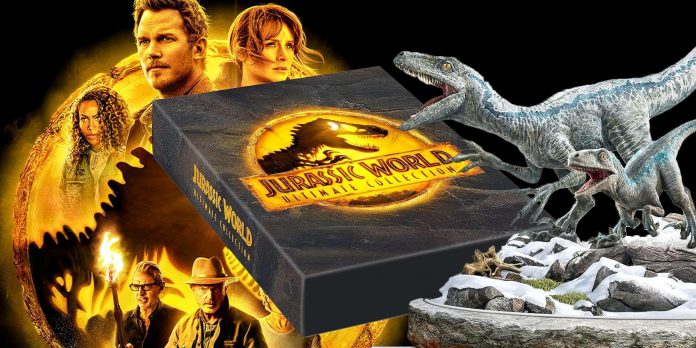 To date, Jurassic World Dominion has raised $438 million worldwide and will undoubtedly continue its growth over the long weekend. Despite the fact that this is the worst game in the franchise from critics (30% on Rotten Tomatoes), it also ranks second among fans (78%), right after the original “Jurassic Park”, which has the highest rating for the audience at 91%. Mixed ratings give a confusing prediction as to how it will perform in the long run, but so far it has exceeded expectations and seems to be outperforming critics’ ratings. Now there is a new incentive to watch the movie when it comes out on home video.

According to a leaked box art posted on Blu-Ray.com and Jurassic Outpost, Jurassic World Dominion will release both a theatrical and an extended version of the film when it is released on disc and streaming. No further details about what will be included in the extended version were reported, although Trevorrow previously stated that approximately 15 minutes were cut from the theatrical release, including the original teaser, which took place in the Cretaceous period, which was shown in theaters. In addition, there is an episode in the Malta underground market with a fight between a listrosaurus and an oviraptor and another longer scene between Louis Dodgson and Ramsey Cole at Biosyn headquarters. Take a look at the cover of the expanded version of Jurassic World Dominion below:

The expanded edition of #JurassicWorldDominion is officially on sale for home entertainment! What do you hope to see in this longer version of the movie?

In addition to the expanded version of Jurassic World Dominion, it is also planned to release a full box set of the entire franchise. The Jurassic World: Ultimate Collection gift set includes all six films from the series, as well as exclusive box art and a limited edition statue of Blue and Beta in the snow. A release date has not yet been announced for either a separate extended version of Jurassic World Dominion or a box set, but pre-orders for both are currently open.

While Jurassic World Dominion has divided audiences and critics, box office receipts show that interest in the franchise is still high, and since it launched in 1993, it has continued to expand in films, television, video games and merchandise. It is said that this is the end of the franchise, but it is unlikely if Jurassic World Dominion will work the same way as the last two films, each of which earned more than $ 1 billion at the box office. With such a financial draw, the Jurassic Park franchise is bound to be bigger in the future, perhaps sooner rather than later.