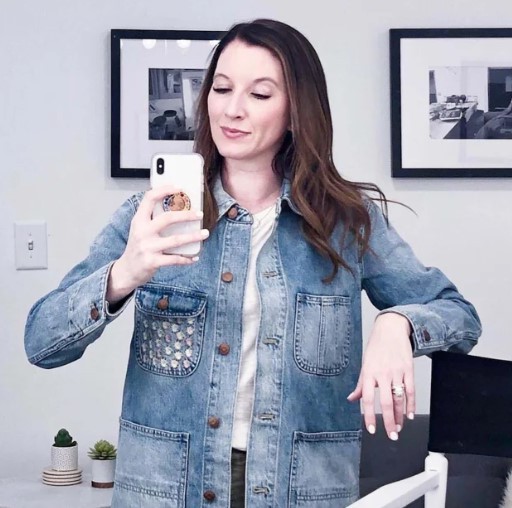 update: 09.04.22 — “Clea underwent surgery, is now recovering and resting. Everything went well! Thank you all for your continued love and support,” reads a statement on Instagram Story The Home Edit on Friday, April 8.

Shearer also shared a postoperative selfie from her hospital bed with the caption: “The operation lasted nine hours, but everything went great!”

I’m sharing my story. Clea Shearer is trying to keep a positive attitude after she found out in February that she had breast cancer.

The co-founder of Home Edit, 40, announced her diagnosis via social media on Thursday, April 7, hoping to help others notice the warning signs.

“I have breast cancer. It’s hard to say, but it’s easier than keeping it to yourself,” Shearer began her Instagram post. “Tomorrow I will have a double mastectomy (prayers are welcome!), and I would like to say a few words before doing it.”

“I had to request a mammogram from my attending physician, which led to an ultrasound and then an emergency triple biopsy,” she explained.

The professional organizer told her subscribers that she eventually found out that she had two tumors of one centimeter each. Then she was diagnosed with stage 1 breast cancer.

“[They are] aggressive and moving fast, but I realized it earlier,” Shearer continued, noting, “if I hadn’t taken it on myself, I would be in a completely different situation now.”

The Netflix personality, who works with partner Joanna Teplin, spoke about her “personal choice to make it public,” saying that by sharing her story, it makes “cancer feel purposeful.”

Shearer explained that if her own battle with cancer can “convince any of you to regularly engage in introspection, always protect yourself and put your health above a busy schedule —then that means something.”

The co-author of the Home Edit Workbook noted that she was less than 40 years old when the tumors formed. She said she also has “no history” of breast cancer in her family.

“Even if cancer seems unlikely, it’s still very possible,” she wrote, before revealing her initial emotions about her diagnosis. “I must admit, the first few days I endured the feeling of “why me”. But soon I started thinking: “Honestly, why NOT me?!”

A native of California realized that she has a better chance of beating breast cancer than many women with less money, so she looks at it from the positive side.

“I have all the support, resources and platform to help other people get through this. So if someone should have breast cancer, I will gladly allow myself,” she concluded. “Thank you for being on this journey. I love our community, and you mean more to me than you ever imagined. ♥️ ».

Cristiano Ronaldo announces the death of his newborn son