Home Entertainment The Hobbit: Fili could be one of the greatest characters 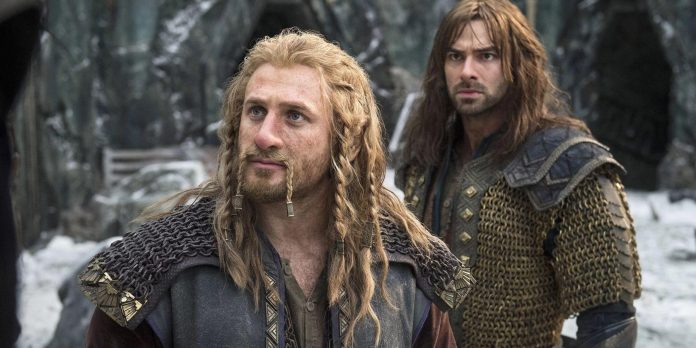 There are so many characters in the Hobbit film trilogy who seem to the audience to be marmites: they are either loved or hated. This is especially true of character additions that weren’t in the original books, such as Tauriel and all the problematic feminist theory surrounding her character; or Alfrid, who is basically just there to add some slapstick comedy that many fans think cheapens the movies. But there are not enough good characters faithful to Tolkien’s works and themes. Most of the extra time was occupied by bizarre and unrelated storylines, as well as unnecessary and overly dramatized battle scenes.

This is especially true of the thirteen dwarfs, who, although they don’t have particularly strong personalities in the book, could have won a little more time and attention from the creative team working on the films. Each of Thorin’s companions has its own personality, its own story, its own story, but they are lost in the grand scheme of a far-fetched plot invented by Peter Jackson and the screenwriters. This means that, unfortunately, some of the characters that could have been real gems just got lost in the background. A striking example is Fili.

So much time was devoted to Kili and the development of his love for the elf Tauriel, and the subsequent triangle with Legolas, that Fili completely eclipsed his brother. But interestingly, Fili is actually the eldest of the two and next in line as the king under the mountain if anything happens to Torin. With that in mind, there are some really exciting storylines that could have happened around the pressure he feels to live up to Torin’s expectations, be a good leader instead of him, and defend his family’s honor.

There are so many layers to Fili’s personality. He has a silly side when he jokes with his brother and challenges him to silly duels, but also a protective side that he feels when Kili is poisoned by an orc arrow. There is an inquisitive side to Fili, his need to learn from the older dwarves around him, whom he deeply respects. He has a belligerent side, his sentimental side and his loyal side, both towards the comrades he travels with, the quest they have sworn to complete, and to their mother, to whom he has promised to bring Kili home safely.

In many ways, Fili is overshadowed by many decisions in the films, including the emphasis on his brother and Tauriel, as well as the fact that he is second after Torin. As a result, viewers will never see how many sides of his character are played out on the screen, which means that the emotional resonance does not reach the level that it should be. For example, in The Lord of the Rings, one of the most beloved characters of the entire trilogy is Faramir, because viewers can relate to him. They sympathize with him when they see how his father belittles him, always compare him to his brother and always lose, despite the fact that in many ways he is stronger and better.

If the Hobbit films had given at least a little time to this kind of dynamic of the relationship between Fili and Kili, Fili and Torin, it would have enriched the storyline and the personalities of the characters. This, in turn, would make it even more crushing, when Fili goes to inspect the danger at Crow Hill, he is killed by Azog, and then his lifeless body falls at the feet of Kili. This is one of the most horrific and tragic deaths in any of the films, but it does not strike as deeply into the hearts of the audience as other deaths, such as Boromir’s death. That’s because there wasn’t enough time to get the audience to fall in love with Fili’s character, who feels out of place compared to Kili and Torin.

Overshadowing such important characters, Peter Jackson lost in The Hobbit films what made the Lord of the Rings trilogy so golden: the binding ties. The Lord of the Rings tells about love and loyalty, about how humanity can atone for the problems of the past by standing up for what is right and working together for a better future. There are hints of this message in small moments in the Hobbit films, especially when it comes to Bilbo, which is a bit like what makes the first trilogy so special. But if the team had spent a little more time carefully choosing the characters they focused on and the stories they decided to tell, maybe they could have seen a little more of that old magic that was so lacking in the Hobbit trilogy. .