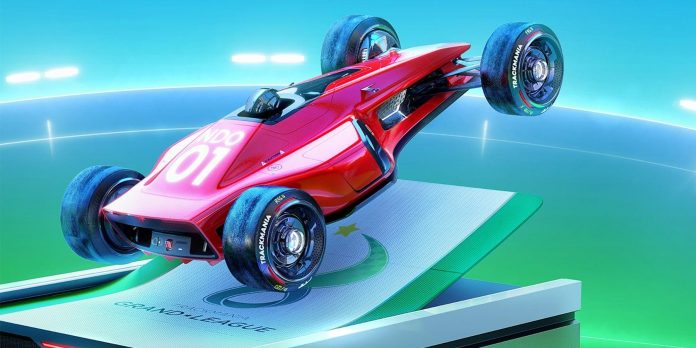 The video game industry has come a long way since its inception. With the development of technology and the expansion of the audience, some genres of video games have either sunk into oblivion, or have become the main products of the industry. The genre of racing, of course, belongs to the second category: racing simulators, arcade racing, cart racing and much more remains just as popular today. While it may not be the most famous racing series, Trackmania has been around for almost two decades and is about to return to consoles.

Debuting in 2003, the Trackmania series has more than 15 games over the past 19 years, each with its own unique game modes. However, the key element that sets Trackmania apart from other racers is that the player often has to build their own race tracks. The Trackmania reboot is due to be released on consoles early next year, and now is the time to look back at the history of the series.

Developed by French studio Nadeo, the first Trackmania game released in 2003 exclusively for PC. A key advantage at that time was the ability of players to create their own tracks. By participating in the game races, players earned “Coppers”, which could then be used to purchase new elements of the track, from road sections and checkpoints to turns and sections with tricks. At the time, Trackmania received some excellent reviews: critics praised the high level of creative freedom in the game, but expressed their disappointment with the actual driving controls.

In 2005, the sequel Trackmania Sunrise was released. Trackmania Sunrise, built on an advanced engine, boasts better visual effects and controls than its predecessor. This sequel also adds two new game modes: “Platform”, in which players try to finish a difficult race without restarting, and “Mad”, where players compete with ghosts.

In 2008, Trackmania Nations Forever and Trackmania United Forever were released, representing updated versions of both games. These updated versions included a redesigned physics system and many brand new building blocks, most of which were taken from the stadium map of previous games. Although Nadeo hoped that these games would last at least a few more years, the company that used in-game advertising closed its doors, leaving Nadeo without a constant revenue stream. As a result, Nadeo introduced a paid subscription system into the games, which ultimately only scared off the players.

Meanwhile, also in 2008, Firebrand Games released Trackmania DS for the Nintendo DS. Despite the fact that Trackmania DS had less than half of the PC version’s environment, Trackmania DS was a surprisingly accurate replica of its older brother, with a track editor well suited to the DS touchscreen. The sequel, Trackmania Turbo, released on DS in 2010, brought 50 new tracks to the game, as well as a new environment.

In 2016, Trackmania Turbo was released, probably the most popular game in the entire franchise, reaching the widest audience on PS4, Xbox One and PC. 200 designed tracks, four locations and the fastest gameplay in the Trackmania Turbo series is a stellar arcade race.

In 2020, a remake of Trackmania Nations was released for PC, called simply Trackmania. Although the base game is free, players can purchase a subscription to gain access to the game’s track constructor, online events, and car customization mechanics. While the gameplay itself has been praised by critics, its subscription model has been sharply criticized. At the recent Ubisoft Forward Showcase presentation, it was announced that Trackmania will be released on consoles in 2023.

TrackMania is already available on PC and will be released on PS4, PS5, Xbox One and Xbox Series X/S in 2023.