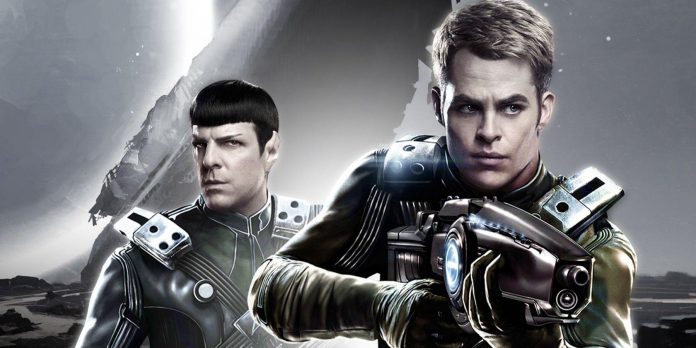 Star Trek has been one of the biggest franchises on the planet since its debut back in 1966. It preceded such films as “Alien”, “2001: A Space Odyssey” and even the biggest competitor of the series — “Star Wars”, “Star Trek”. it was the very definition of innovation and has influenced almost all science fiction media that have appeared since then. As is the case with all long-existing popular objects, there will definitely be some adaptations of video games.

Currently, the Star Trek franchise includes more than 100 video games. While franchises like Star Wars give it an edge, having over 100 titles under the Star Trek belt is impressive, as is the vast breadth of experiences on offer. Fans can enjoy first-person shooters, strategy games, control simulators and much more taking place in the beloved Star Trek universe.

The very first Star Trek game, released back in 1971. This text adventure, called simply Star Trek, allows players to control the USS Enterprise through a series of written prompts. It’s a pretty simple game by today’s standards, but its turn-based battles and many branching options make it quite interesting to revisit today.

In the following years, Star Trek games appeared quickly, but none of them attracted significant attention, with the exception of Star Trek: Strategic Operations Simulator, an arcade game that uses vector graphics. This game is the first real action-oriented Star Trek game in which players directly control the Enterprise by shooting down waves of oncoming Klingon birds of prey.

One of the most popular early Star Trek games is Star Trek: 25th Anniversary 1992, which offers really impressive visuals and fun gameplay. In Star Trek: 25th Anniversary, divided into two separate parts of the gameplay, players control Captain Kirk when he commands the Enterprise from a bridge, or on the surface of the planet with a third-person view. The ability to command each crew member was a great addition and will be one of the main elements of future Star Trek games.

In 1998, Activision made a deal with Viacom to get the rights to Star Trek. In the years to come, some of the most beloved Star Trek video games will be released. Star Trek: Armada, released in 2000, has become the largest real-time strategy game in the series. In the same year, Raven Software released Star Trek: Voyager — Elite Force, a game that is still considered the best first-person shooter in the franchise. And finally, in 2002, Totally Games and Activision released Star Trek: Bridge Commander, the first game that truly put the player in the place of the captain of his own spaceship, capable of commanding each of the bridge crew in various authentic Star Trek scenarios.

However, Activision’s deal with Viacom fell through in 2003, as a result of which the license remained unstable for several years. Although several solid Star Trek games were released in the following years, such as the impressive portable strategy game Star Trek: Tactical Assault, the license was not used as actively as before. However, in 2010, Star Trek Online was released, which brought the franchise to the level of modern MMO. The new Star Trek reboot movie series also brought a new wave of interest to the franchise, and Bandai Namco capitalized on this by releasing Star Trek in 2013, a cooperative third-person shooter that had some disappointing flaws.

In recent years, the Star Trek license has hardly been used for video games, except for the constant onslaught of mobile games to collect decks. The last major Star Trek video game was 2017’s Star Trek: Bridge Crew, a virtual reality game inspired by Bridge Commander. Right now, there’s only one Star Trek game on the horizon: Star Trek: Resurgence, a narrative adventure game centered on difficult choices. I hope it can live up to its name and breathe new life into Star Trek video games.