Home News The Hidden Cause of Nightmares We Have and Waking Up Screaming From... 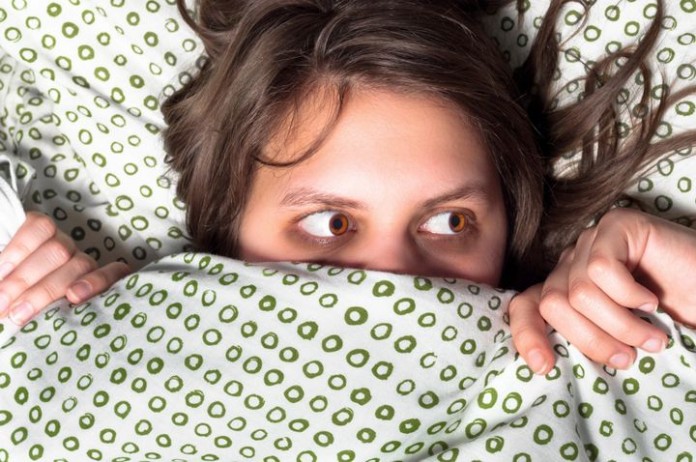 Each of us has awakened in horror from our sleep at least once in our lifetime. So, could there be a hidden reason or danger underlying this bad ending?

One night, you laid your head on your feather pillow as normal and prepared for a deep sleep to relieve the tiredness of the day. During perhaps the most important part of your sleep, you woke up in a terrifying, out-of-control state.

Today, we will examine together with you the sleep terror that every person experiences at least once in his life, which can cause serious problems if repeated.

Night terrors, or more commonly known as sleep terrors, are the most common example of parasomnia, which is defined as any involuntary behavior experienced or experienced during sleep.

Parasomnia consists of the Greek words “para” and the Latin “somnus” as a word meaning and is translated into our language with a meaning such as “accompanying sleep”. The most common types of parasomnia are sleepwalking and sleep terrors.

Sleep terror, which is mostly seen in children and very rarely in adults, is the name given to the state of waking up screaming, trembling and afraid, usually within 2 hours after falling asleep.

Stages and developments of sleep terror

Although it varies from person to person, sleep terrors usually last for a few seconds or a few minutes.

Sleep terror experienced in the NREM (non-rem) part of sleep, that is, in the phase between sleep and wakefulness; While it can be seen more than once in 40% of children, this rate is almost zero in adults.

What happens during a sleep terror

During a sleep terror, the person; wakes up screaming or shouting, may find himself sitting in bed when he wakes up. After waking up, there is a significant increase in heart rate, pupils dilate, and sweating is common. Rarely, sleep terrors and sleepwalking can occur together.

Factors that cause sleep terrors

Although the cause of sleep terror has not been clearly explained until now, it is possible to talk about a few scientific theories. The most frequently put forward reason among the theories, as you can imagine, is psychological reasons. A person may experience sleep terrors if they have depression or anxiety – bipolar disorder.

The other theory is that the person is experiencing breathing problems. If the person has respiratory problems, he makes an extra effort to breathe during sleep and may experience sleep terrors with the effect of the effort.

Frequency of sleep terror in society and selectors

In scientific studies, it was concluded that sleep terror is transmitted through genes in a strange way, that is, it can be passed on to children genetically through parents. If the child’s mother or father has a history of sleep terror; It is very likely that the child will also experience sleep terrors.

According to research, at least 88% of children between the ages of five months and 6 years experience at least one sleep terror. Sleep terrors that start in childhood generally decrease and end in adolescence.

Melania Trump talks about the attack on the Capitol