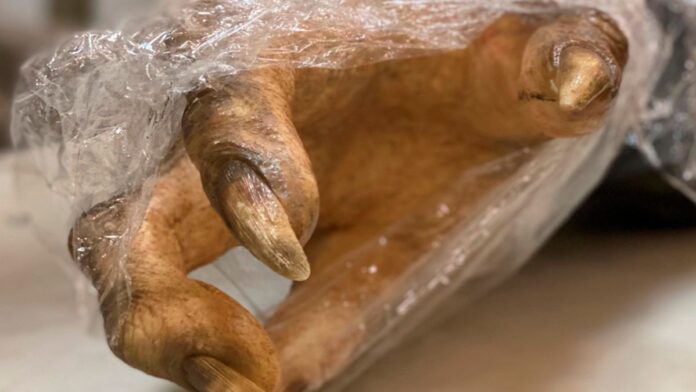 The production of the upcoming TV series based on the Halo video game franchise shares new footage from the shoot with the Cortana actress.

The next television series that will adapt the popular Halo video game franchise has shared new images of the filming set through the official Halo Waypoint page through an extensive article entitled Happy Holidays. Thus, we can see in detail some aspects of the production, from various sets of sets to a photograph of the actress who will play Cortana, Jen Taylor, already confirmed long ago.

Back to work after the coronavirus stoppage

Thus, after a few months of uncertainty and production halt, the Halo series resumed its activity after the different stages of confinement; And to celebrate it, those responsible have shared a series of photographs from the filming set in which you can see various sets and production elements, from UNSC chests to assault rifles, in addition to what appear to be the claws of some alien creature.

In addition, a new photograph has been published of actress Jen Taylor, who will play the artificial intelligence Cortana, sitting in her chair with the name of her character wearing street clothes and a mask as a sanitary measure, at a time when she seems to be reviewing a script of said television adaptation.

Let us remember that the Master Chief will be played by Pablo Schreiber, known for his roles in other series such as Orange is the New Black or The Wire, among others. At the moment, the series does not have a release date, although it will still take time to see it due to its production status after the stoppage due to the global coronavirus crisis.

The plot is expected to revolve around the Master Chief’s fight in the face of the Covenant threat in their attempt to destroy humanity. We will see if finally this new adaptation remains faithful to the original work both in the script and in the artistic design; apparently in the images, they seem to be on the right track.