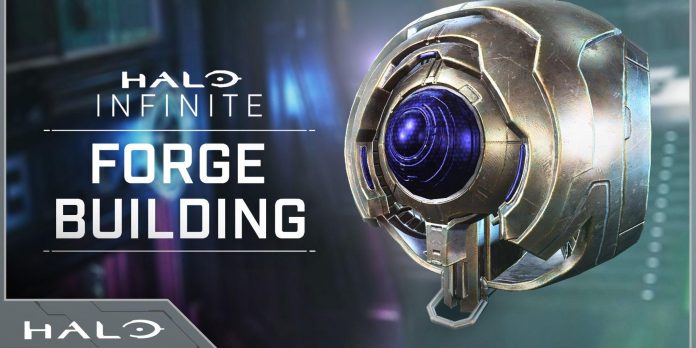 343 Industries shared footage from the Forge mode in Halo Infinite, introducing players to new interesting tools and Forge options. Halo fans have been looking forward to 343 unveiling Forge for Halo Infinite, which has been delayed since the game’s release in 2021. The recent Halo Infinite roadmap confirmed that Forge will appear relatively soon. Thus, 343 seems to feel confident showing Halo Infinite players some of its developments.

Forge is the key game mode of the Halo franchise, dating back to its introduction in Halo 3. Forge allows Halo players to create their own maps, game modes and objects using an increasingly robust set of tools that 343 creates by creating a mini-game engine. in every Halo game. Forge mode in each game led to the creation of more and more impressive creations. Some of the most popular user creations have become game modes supported by 343 in major game releases such as Grifball.

A new video released by 343 Industries shows just some of the new features and options available in the upcoming Forge mode in Halo Infinite. These include changes in the quality of life, such as the ability to cancel and repeat actions, the inclusion of “no clip” so that creators can fly through objects, snap to the ground, as well as a really incredible and simple scaling system that allows you to make objects large, small. , flat or other.

One of the biggest changes that the Forge creators will be happy to hear is the number of objects that 343 allows players to use in each of their creations. The creators of Halo 5 Forge could add up to 1600 objects. In Halo Infinite, the current build of Forge allows you to use about 7000 objects. In addition, players can scale objects to the size of a mountain, and they will still be considered a single object.

What the Forge video does the most is clearly show that the creative mode is real and almost finished. This is really what Halo Infinite players want to hear right now, as they’ve been waiting for quite a while and just want 343 to come out. There will be some skepticism until Forge is up and running as promised due to Halo Infinite’s past dissatisfactions.

Regardless of what Halo Infinite players think about the delay of Forge mode, there’s no denying that this is a key part of the Halo experience, and Halo Infinite will be better off with it than without it. The creative experience that Forge leads to is a great alternative to Halo Infinite playlists, which are more competition-oriented. The sooner it comes out, the better. The beta version of Halo Infinite Forge is expected to appear in the winter update later this year.

The new Nightwing costume has one drawback that its creator would...