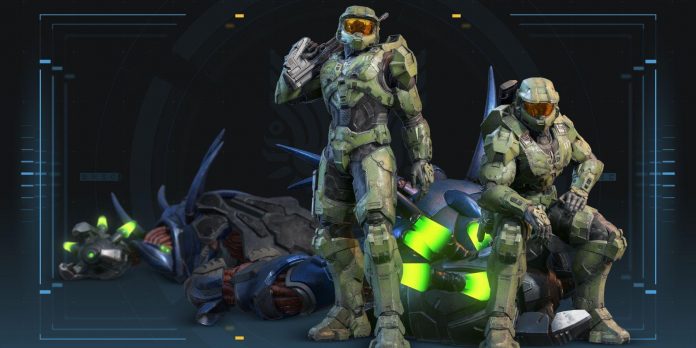 The story of the Halo Infinite joint campaign has caused disappointment among fans of the Halo franchise. The co-op campaign has been the backbone of the series since the original Halo: Combat Evolved, but developer 343 Industries was unable to complete the co-op by the launch of Halo Infinite. It’s been more than six months since the launch of Halo Infinite, and the co-op game is getting closer. However, this won’t necessarily be similar to the previous Halo cooperative modes. The Halo Infinite co-op will require some restrictions.

In the latest development update from 343 Industries, the team explained that due to the more open structure of the Halo Infinite campaign, it will have to impose a significant restriction on cooperative groups. This restriction is what 343 calls the “zone of operations” system, and the restriction it imposes will prevent Halo Infinite players from separating too far from each other.

RELATED: Halo Infinite Explains Why the problems with out-of-sync haven’t been Fixed Yet

343 says that a radius of this size should be more than enough for any Halo Infinite battle group to solve even the biggest tasks in the world together, citing the Banished excavation site as an example. Most likely, this will not allow the combat group to split up and solve several tasks at the same time. This idea corresponds to what 343 describes as their philosophy of “Playing Together”, which, according to them, is the whole essence of playing together. But it’s probably safe to assume that technical limitations are at the root of this problem.

It was always inevitable that 343 would have to make certain compromises to add co-op to Halo Infinite. In turn, this extra time allowed 343 to concretize some interesting functions. The Halo Infinite co-op will be open to 4-player battle groups with shared progress, it will fully support cross-platform play on PC, consoles and in the cloud, and will also allow players to re-complete missions relatively easily.

Candice Cameron Bure has not officially responded to Jojo Siva’s “The...