Home Entertainment The Hairspray star Is Writing Her Own Script, and It Could Be... 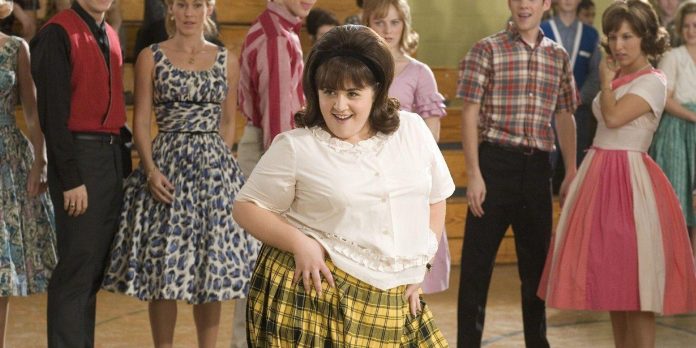 Nikki Blonsky, the star of the 2007 film “Hairspray,” said she was working on a script, and it could be a musical. Blonsky’s breakthrough role was the role of Tracy Turnblad in the film “Hairspray”, where she worked alongside stars such as Zac Efron and John Travolta. For her performance, Blonsky received two Critics’ Choice Awards, and the soundtrack to the film went platinum. Hairspray, successful with critics and from a financial point of view, remains one of the most beloved musical adaptations over the past few decades.

Hairspray was based on the 2002 Tony Award-winning Broadway musical, which itself was based on the 1988 John Waters film of the same name. The story centers on Tracy’s dreams of starring in the popular dance program “The Corny Collins Show,” although they soon became entangled in the more serious issue of racial segregation. Along with an impressive acting ensemble, Blonsky brought Tracy’s energy and passion to life. Since then, she has starred in the then ABC family series “Huge” as the main character Willamena Rader and has repeatedly played a role in the Smash show on NBC.

In honor of the 15th anniversary of Hairspray, Blonsky gave an exclusive interview to Screen Rant. Looking back on her memories of the popular musical, Blonsky also shared that she is working on a particularly exciting passionate project with a friend. Although she tried not to reveal too much, it is very likely that this script is actually another musical. Read her full comment below.

Nikki Blonsky: I’m working on a script. Actually, it was written by a friend of mine, and we worked on it together; filing it. To be honest, I can’t say what it’s about, but it’s a completely different role of my dreams. And I really, really hope that it will come true, because it’s just my dream.

There are some brilliant songs in it. I’ll go back to the booth, don’t worry.

In addition to Efron and Travolta, the film “Hairspray” starred Michelle Pfeiffer, Amanda Bynes, Queen Latifah and Brittany Snow. The packed cast only made Blonsky’s performance more impressive, as she auditioned for the role while still in high school and had no professional acting or singing experience. Although many of her achievements after Hairspray took Blonsky away from the musical genre, there is no doubt that she shines when it comes to singing and dancing. So it would be great if she starred in another musical, especially the one she helped create from scratch.

“Hairspray” almost got a sequel in which Blonsky would return to the role of Tracy. However, this never happened. The possibility of Blonsky’s return to musicals excites theater fans and film fans. It would be great to see Blonsky again in a starring role like Hairspray, and her promise of “brilliant” songs suggests that this mysterious project can match Hairspray in terms of quality and music. Blonsky dreams of bringing this to life, but only time will tell whether this scenario will reach the filming stage. If Hairspray adherents want this to happen, then now is the time to declare it.

The football game that will rival FIFA and PES series is...

Reviews of the second season of the series “Very strange things”...