Home Entertainment The Gunk Returns To Adventure With A First Gameplay Trailer and Announces... 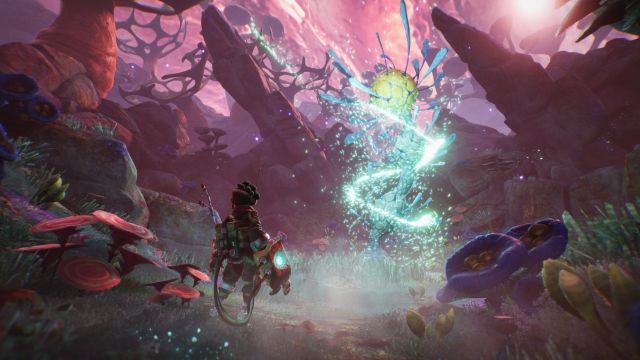 The Gunk: What’s new from the creators of SteamWorld prepares its launch from next December.Announcement night at Gamescom 2021. Before the opening gala kicks off with Geoff Keighley, emcee of The Game Awards and a regular face of such events, Microsoft has offered its own conference, just weeks after the E3 2021. During these minutes, Xbox has shown The Gunk, the new production of Image & Form, the creators of SteamWorld. The developers have confirmed that the game will go on sale in December.

This new action adventure, planned for Xbox One, Xbox Series X, Xbox Series S and PC, uses Unreal Engine 4. Although initially conceived as a 2D game, on Xbox Wire they comment that they changed their plans and opted for this technology to facilitate the jump from two to three dimensions. “Collaborating with Xbox has been incredible. We wanted to take full advantage of the potential of the Xbox ecosystem, so we’ve put in a massive effort to ensure that regardless of which platform you play on, you will experience the full vision of The Gunk. ”

Unreal Engine 5, the engine of several of the Xbox games

The Epic Games graphics engine has already shown its characteristics in several presentations. This new version of the technology, a standard for many studios, will also be seen in Microsoft’s first party titles. One of the first studios to take the step has been Ninja Theory, the company behind games like Heavenly Sword or Enslaved: Odyssey to the West. The creators of Hellblade, now part of Xbox Game Studios, have already confirmed that the sequel will use Unreal Engine 5.

The Gears of War saga was originally created by Epic Games, so from the beginning it has always used the Unreal Engine. When the intellectual property was sold to Microsoft, the brand’s new studio, The Coalition, decided to continue working with that technology. Thus, both Gears 4 and Gears 5 have been developed using Unreal Engine 4. The following studio titles, on the other hand, will be updated to Unreal Engine 5. Not surprisingly, the company has participated with Epic Games in a presentation, in which they showed their first technical demo, known as Alpha Point.