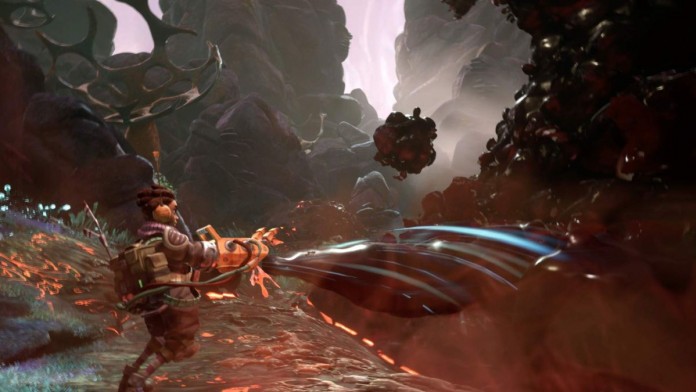 The Gunk promises to transport us to an exotic planet where we must face terrible creatures, all while solving puzzles and discovering the mysteries of this hostile world. A parasite has left the place unrecognizable, so one of the objectives is for the planet to regain its former splendor. Thanks to a power glove, the player will have the opportunity to manipulate the environment and take advantage of the advantages that are presented before him.

The monsters have been corrupted by the parasite, beasts that will attack both alone and in packs, so a different strategy will have to be established for each situation. It will also be important to reflect on the objectives: Save the planet or loot the resources and then abandon it to fate?

The project has changed

The Gunk has been conceived as a collaboration between Xbox and Image & Form. In fact, the project has mutated over the years. It was originally designed as a two-dimensional game, but after adopting Unreal Engine 4 they also opted for three-dimensional graphics. “Collaborating with Xbox has been incredible. We wanted to take full advantage of the potential of the Xbox ecosystem, so we have put in a massive effort to ensure that regardless of the platform you play on, you will experience the full vision of The Gunk, ”said the developers.

Those who want to try a video game from this studio have a golden opportunity to do so, since SteamWorld Dig 2 is available completely free on Steam and Gog, yes, for a very limited time.

The Mandalorian (Disney +) shines at the 2021 Emmys