Home Entertainment The grounding release date has finally been announced 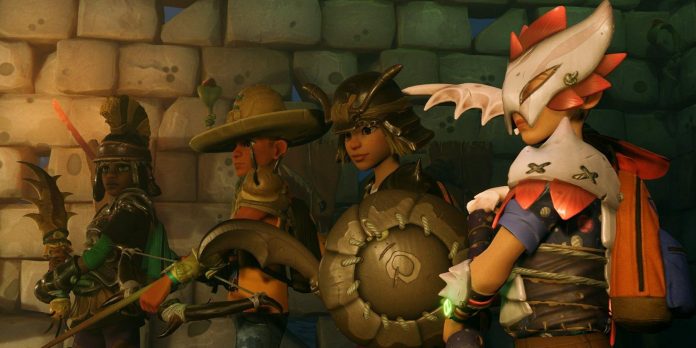 The action-adventure Grounded by Obsidian Entertainment was launched in early access in mid-2020. Since then, Obsidian has been releasing frequent updates to Grounded, first monthly and then quarterly with larger content updates. Now Obsidian is ready to put the finishing touches to Grounded before announcing that the co-op game is complete and ready for a full playthrough. The full launch of Grounded for PC and Xbox consoles will take place on September 27.

Grounded game director Adam Brenneke on Friday shared a short video dedicated to the second anniversary of the launch of Grounded in early access. In the video, Brenneke thanks all Grounded fans for playing the game and helping to determine its direction over the past two years. Then he confirms the final release date of Grounded on September 27 and calls the time between this and this time of the “finish” of development. Grounded has a lot of interesting plans, and the release date is just one of them.

To begin the final stage, Obsidian is releasing the latest update for publicly available Grounded test servers. Update 0.14.0 includes several interesting features that Grounded players will appreciate. These include the Gnat pet, the Cookery building, the ability to convert games into custom games, the redesign of the armor and weapon enhancement system, and other changes. Of course, this is just a taste of what will be in the final version of Grounded, but Obsidian is still going to use these last months of early access for its intended purpose.

Another announcement that celebrates Brenneke is the recent confirmation that the Grounded TV show is in development. Currently, the game is being developed into an animated series by the screenwriter of “Star Wars: Clone Wars” Brent Friedman. That doesn’t mean it’s going to happen, as there’s still a lot of work to be done, but it’s exciting nonetheless.

The full release of Grounded was announced in June. Obsidian has confirmed that it is completing the release of version 1.0 Grounded and plans to release it in September. The content included in this latest major update includes the Mantis boss, the upper courtyard to explore, the remaining chapters of the story, as well as many new armor and weapons.

Like all major Xbox proprietary releases, Grounded will also be available via Xbox Game Pass for both PC and consoles. For those who haven’t tried Grounded yet, this will be the best opportunity to see what Obsidian Entertainment has been working on for the past two years.

Grounded is released on September 27 on PC, Xbox One and Xbox Series X/S.

Resident Evil 8 Village: Chris Redfield as a Baby? This is...