Home Entertainment The groom for 90 days: 10 Things to Know about Liz Woods 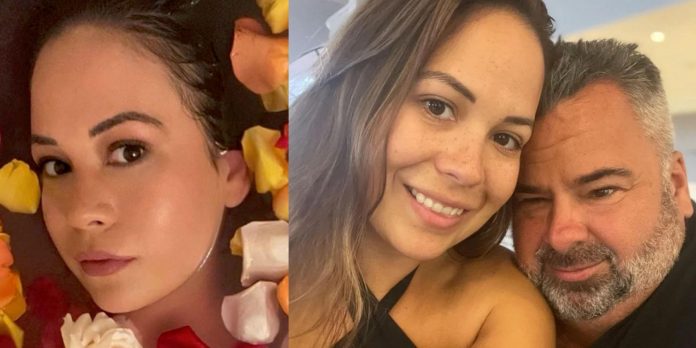 Liz Woods and Big Ed Brown recently caused a stir when fans found out they would be starring, alongside several other memorable couples in the seventh season of 90 Day Fiancé: Happily Ever After?. Many fans expressed frustration about the cast and the 90 Day franchise’s choice to continually feature problematic past cast members such as Big Ed.

Liz Woods was first introduced to viewers on 90 Day: The Single Life while being courted by 90 Day Fiancé: Before The 90 Days alum Big Ed. The couple worked through their many issues on air and, after a very public breakup, Big Ed proposed. The pair is now busy planning a wedding. While Big Ed may not be a fan favorite, viewers appreciate and want to learn more about Liz’s relatable personality, the love she shows to her daughter, and her ability to be a balancing force in her fiancé’s life.

Liz And Big Ed Met At Her Job

Liz was a manager at Big Ed’s favorite restaurant in San Diego when they first met. During the pandemic, she began picking up shifts waiting tables, and got to know Big Ed as a regular. Around the same time, Ed was filming for The Single Life and, after much encouragement from a dating coach, he finally asked Liz on a date.

RELATED: The Worst Partners On 90 Day Fiancé, According To Reddit

The couple has had their fair share of challenges, including a memorable break up, but they eventually reconciled and, in August 2021, Ed proposed. Liz and Ed formally announced their engagement in November of the same year.

Liz Has A Daughter

Liz was nervous to begin a serious relationship with Big Ed, as she had someone else’s well-being to consider: her young daughter, Ryleigh. Liz has been a single mother to Ryleigh, who turned 9 years old in May, for quite some time. After having endured more than one failed relationship, Liz was worried about introducing someone new into her daughter’s life.

Some fans were critical of Liz’s choice to allow her daughter to be around Big Ed, who has been considered by many to be one of the biggest 90 Day villains. However, Big Ed, who famously told his ex, Rose, that he didn’t want any more children, appears to have embraced Ryleigh as part of his life. The couple even recently featured Liz’s daughter in a sweet engagement photoshoot.

Liz Is A Vegetarian

Liz has recently been on a health journey. She’s been candid with fans about her new lifestyle, often posting her healthy meals and exercise routines on Instagram. Last month the reality star announced that her daughter, Ryleigh has encouraged Liz to give up meat.

In an Instagram story she shared a picture of her vegetarian lunch, featuring a small portion of pasta and veggies. Liz wrote alongside the image, “Little Miss talked me into giving up meat.” The reality star’s whole family appears to be getting onboard with making healthy choices, as Big Ed has been regularly showcasing his workouts at the gym as well.

Liz and Big Ed have matching tattoos of a blue rose on their torsos. They appear to have gotten inked together during a private getaway celebrating their engagement. In a now deleted Instagram post, Liz captioned the picture with a tribute to her fiancé in which she wrote, “You Are My Blue Rose.”

According to Meanings, blue roses symbolize both the unattainable as well as love at first sight. Fans thought it was a bit strange that the couple chose to tattoo matching roses on themselves, as Big Ed’s now famous ex-girlfriend is named Rose. Additionally, he’d been featured on The Single Life giving blue roses to other women before going on dates with them.

Liz And Big Ed Adopted A Dog Together

Fans might remember Big Ed’s beloved dog, Teddy. The reality star took Teddy, a small white Shichon, everywhere with him and often featured the sweet pup in Cameos and on screen. Unfortunately, Teddy passed away last year and Big Ed was devastated.

Of course, Teddy is irreplicable, but it appears as though Big Ed, Ryleigh, and Liz welcomed a new family member late last year, a tiny white Maltipoo puppy named Lea. The family is already enamored with Lea, as they often lovingly feature her on their social media accounts. According to Liz, Big Ed was hesitant to adopt a new dog after Teddy’s death, but has quickly warmed up to Lea.

Tiffany has been apprehensive of Liz as well. Last year while on camera, Tiffany commented that Liz needs Botox. There are plenty of difficult 90 Day family members, but Tiffany’s anger seems to come from a place of genuine concern for her dad’s happiness. Liz has also admitted the age gap between her and Ed is a bit strange, and appears to have brushed off Tiffany’s comments.

Liz Has A Passion For Photography

Big Ed, who is a former photographer, now shares a hobby with his fiancé. Liz recently discovered that she has an affinity for photography as well. The reality star has started a second Instagram account dedicated to her new craft, and in her bio she even mentions plans to open a studio of her own.

While every photographer has their own area of expertise, Liz appears to enjoy shooting portraits. She’s only uploaded 7 pictures to her photography profile, which she started in May, and they are mostly close-ups featuring Big Ed, her daughter, and herself.

Liz Is A Gemini

Liz was born on May 21st and she’s a Gemini. People born under the Zodiac sign Gemini are social and have an unquenchable curiosity. Astrology.com describes Geminis as “restless” and “change-seeking.”

However, Liz is surrounded by a very different sign than her own, as both Big Ed and her daughter, Ryleigh, are Taurus-born. Unlike Geminis, Taurus people crave stability and consistency. In fact, Liz and Big Ed are among the least compatible 90 Day couples, according to the Zodiac. The silver lining for Liz is that she was born on a Taurus/Gemini cusp, so it’s still possible that she shares some traits with her daughter and her fiancé.

Liz Has Been Divorced Twice

This will not be the first marriage for Liz or Big Ed. Big Ed has been married once before and Liz has been married twice. Liz shared that she and her first husband, Ryleigh’s father, were high school sweethearts and divorced when she was 22. They appear to be on good terms and she even recently praised her ex and his new wife in an Instagram post about coparenting. Liz’s second relationship ended less amicably. She has accused her second husband of domestic abuse and allegedly has a restraining order against him.

Liz and Big Ed may be invested in their new relationship, but fans aren’t as committed. The series received Reddit backlash when a Happily Ever After? trailer for season 7 aired featuring the couple. Many fans voiced irritation with Big Ed’s prolonged 15 minutes of fame.

Liz enjoys dancing and has equated the hobby to therapy. The reality star regularly posts videos of herself practicing her moves during classes at Madhouse Dance in San Diego. Many of the cardio routines appear to be burlesque-inspired, with Liz wearing heels as she performs to sultry music.

According to Madhouse’s website, the studio encourages students to “release [their] inhibitions and dance like nobody is watching.” Liz appears to be incorporating the classes into her wellness journey. In an Instagram caption, accompanied by a video of her dancing, Liz insisted, “I do this for me [and] no one else!!!!”

Justice League’s premiere will also be in black and white