Home Entertainment “The Grey Man” is Netflix’s most expensive movie: was it worth it? 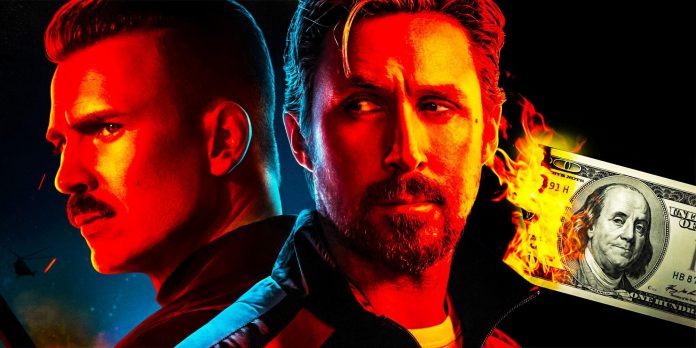 Warning! SPOILERS for The Gray Man.

Netflix has released their most expensive movie ever: The Gray Man. Directed by Avengers: Endgame’s Anthony and Joe Russo, the adaptation of Mark Greaney’s book of the same name had a long and rocky road to its final release. The Gray Man was initially announced all the way back in 2011 at New Regency with Ad Astra’s fittingly named James Gray attached to direct. However, the film fell into development hell until the Russo brothers were announced to take over the helm nearly a decade later in July 2020. Ultimately, Netflix would take over the release of The Gray Man from New Regency and Sony Pictures.

Related: The Gray Man: Biggest Changes From The Book

Filled with explosive action sequences filmed on location and an impressive ensemble cast, it is no wonder that The Gray Man shares the record for Netflix’s most expensive movie ever with 2021’s Red Notice. Reportedly, both films cost the streaming service $200 million to produce, on par with some of the biggest blockbuster action movies ever made, such as Spider-Man: No Way Home. With The Gray Man costing so much money to make and receiving mixed reviews from critics, the question of whether it was worth it arises.

Why The Gray Man Cost So Much To Make

The first reason that The Gray Man cost so much money to make is the large ensemble cast that was assembled for the film. Movie stars are not cheap to hire: the two lead actors of The Gray Man, Ryan Gosling and Chris Evans, reportedly took home $20 million each. The production was also not frugal when it came to filling out The Gray Man’s impressive supporting cast, with appearances from The Matrix Resurrections’ Jessica Henwick, Tollywood star Dhanush, and Bridgerton’s Regé-Jean Page. While having all these names attached to The Gray Man surely aided in both producing and marketing the film, their combined salaries made a significant dent in the film’s budget.

Another significant reason that led to The Gray Man’s $200 million budget would be the many effects-laden action sequences that take place across the film’s runtime. The largest action sequence in The Gray Man, filmed on location in Prague, cost $40 million on its own to produce, according to the Russo brothers. It is easy to see how the scene raked up such a large cost, with plenty of explosions, destroyed police cars, and a tram crashing into the side of a building. The directors even joked that they wouldn’t be allowed back in Prague, due to the difficulties the city faced around filming the sequence. Action sequences that are full of spectacle are essential to movies like The Gray Man but are expensive to film nonetheless.

On top of filming the aforementioned sequence in Prague, The Gray Man contains a lot of other scenes shot on location around the world. Locations visited by The Gray Man’s production crew include Baku, Azerbaijan; Vienna, Austria; and Château de Chantilly, France. When it comes to filming on location, productions not only have to contend with filming costs but also have to pay for permits to film at their desired locations. These involve logistics such as shutting down roads and can be incredibly expensive, especially for large film productions such as The Gray Man.

Related: Who Plays Young Six In The Gray Man (The Boys Connection Explained)

Does The Gray Man Justify Its Budget?

Although The Gray Man sets up a sequel at its climax, no sequel has been officially announced by Netflix, as of the time of writing. A sequel announcement from Netflix would be a surefire sign that The Gray Man justifies its $200 million budget, at least in the company’s eyes. Despite the lack of a sequel announcement, as of yet, The Gray Man seemingly justifies its budget in other ways. The Gray Man is based on the first book in a series, so Netflix seemingly would like to make a sequel if the film performs well on the platform. It is unlikely that Netflix will not greenlight a sequel based on The Gray Man’s enormous budget and middling reviews, given the announcement of Red Notice 2. The Russo brothers have also hinted toward making a spin-off based around Dhanush’s assassin character, Avik San. This, on top of the sequel set up in the film itself, shows that the company has sequels in mind for The Gray Man already, justifying its huge budget.

With its cacophony of action set pieces and costly actors, The Gray Man justifies its budget to viewers. The Gray Man delivers the kind of spectacle on Netflix that was once only available to massive blockbusters in theaters. It is easy to see on screen why The Gray Man is Netflix’s most expensive movie ever.

The new trailer for the 5th season of “Cobra Kai” from...