Home Entertainment The Great Ace Attorney, Why Has it Been Difficult to Locate Him... 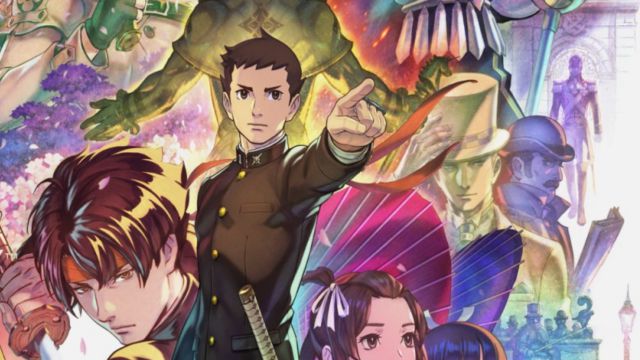 The Great Ace Attorney: Capcom explains the difficulties of adapting idioms, jokes, puzzles, and references from Japanese culture to a Western setting. On sale this July. The arrival of The Great Ace Attorney Chronicles to the West, the two installments of The Great Ace Attorney sub-series originally released on Nintendo 3DS only in Japan in 2015 and 2017, is something that has caught all fans for surprise. The Ace Attorney series has had a niche particularly close to the figure of Phoenix Wright, Miles Edgeworth or Apollo Justice, but that support did not translate into extraordinary sales. After the release of Ace Attorney Trilogy on all consoles and PC, things have changed; However, the reason it took us so many years to see these two deliveries in the West goes beyond sales.

Complexities and Challenges: How to Adapt a Japanese Visual Novel to the Western Audience

Janet Hsu, a member of the Ace Attorney series localization team since Justice For All (which we originally received in 2007), has reflected on the difficulties of adapting The Great Ace Attorney to audiences beyond Japan. It is this installment, set in the 19th century between Japanese and British lands, the one that has relied the most on the culture of Japan two centuries ago: cultural references, idioms, set phrases, jokes, winks to indigenous culture … No a literal translation can be done; in fact, one of the fears of the team is that there were components that were not understood and whose puzzles were unsolvable.

“The biggest hurdle for me is making sure that puzzles and mysteries can be solved for Western audiences,” says Hsu, in an interview with Polygon. “That is always my first and foremost concern at the beginning of every project. Unlike other less interactive forms of entertainment, like books and movies, you can’t finish a game that you can’t solve, ”she says. As there is a direct involvement of the person who consumes the work, it is not a passive medium, but an active one.

“Many of Ace Attorney’s puzzles are based on Japanese word games or some common cultural knowledge that would completely perplex those unfamiliar with those traditions or conventions. For this reason, deciding how to locate something and making sure that the decision does not affect anything important in the history or tradition of the series, in addition to carrying out that location in a coherent way, is probably the biggest obstacle ”, contextualizes the veteran .

“The charm and humor of the series that is transmitted in the personality and lines of each character is another key element, since what different cultures find funny is very subjective.” That is why we traditionally refer to a “very” humor from each country. British humor, American humor, Japanese humor… “However, there are ways of crafting jokes that do not involve any specific cultural knowledge or even references to pop culture. In The Great Ace Attorney, we drew heavily on the multitude of situations Ryunosuke finds himself in and designed the game’s humor around typically British quips, along with the usual goofy, double-act humor [couple humor, two components] that are the hallmarks of Ace Attorney, so that nothing is too anachronistic for the setting, “he ends.

The Great Ace Attorney Chronicles will arrive this July 27, 2021 in digital format for PS4, Nintendo Switch and PC; It will arrive with both installments and all cases, including additional content.

The Elder Scrolls V: Skyrim Without Characters? One User Has Killed...