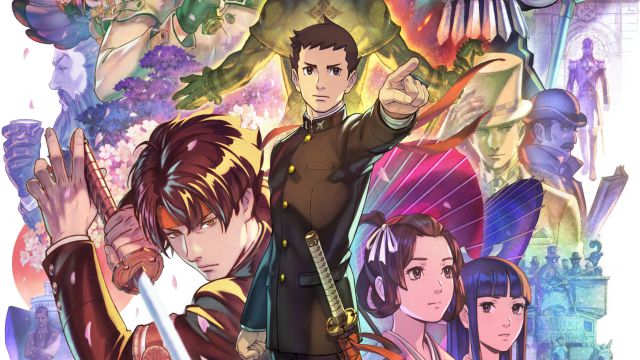 The Great Ace Attorney: The two installments of the collection will launch together on all platforms this July. The Ace Attorney saga is back. Capcom has presented during its E3 2021 conference a new trailer as a presentation of The Great Ace Attorney Chronicles features. The collection, which incorporates the two original Nintendo 3DS installments published in 2015 and 2017, will finally be released in western lands; something that fans had almost ruled out as five years had passed since its original release. In the video, which you can see at the beginning of the news, we can see the mechanics of the game in depth.

This time we are defense lawyers again, it is in the blood, but there are fundamental differences. To begin with, being a different time, the legal laws and the social context are equally different. We will have investigations, testimonies, interrogations and trials, which will also change with respect to the video games to which we were used to having several witnesses at the same time in full trial; added to other mechanics that gave a fresh touch to the gameplay, differentiating, such as Dance of Deduction and Summation Examination.

The Great Ace Attorney Chronicles are also more detective installments, directly reminiscent of Miles Edgeworth Investigations, other spin off installments. In total, we have 10 main cases and eight mini-episodes, an art gallery, auditorium, and additional content in the form of short films (Ryunosuke Naruhodo’s Seven Days of Sin), three alternate costumes, and two Special Trial videos. Capcom also wants to remember accessibility. For the first time in the series, a help function will be included in case we get stuck in our investigations.

The Great Ace Attorney Chronicles will debut in North America and Europe for PlayStation 4, Nintendo Switch and PC on July 29; It will not be localized to Spanish, only in English.

The Last Kingdom: Fans Reveal Which Is The Series’ Least-Loved Character

Super Mario 64 Copy Became The Most Expensive Game With $...